DA caucus leader: 'We told Mmusi he can no longer lead us in parliament' 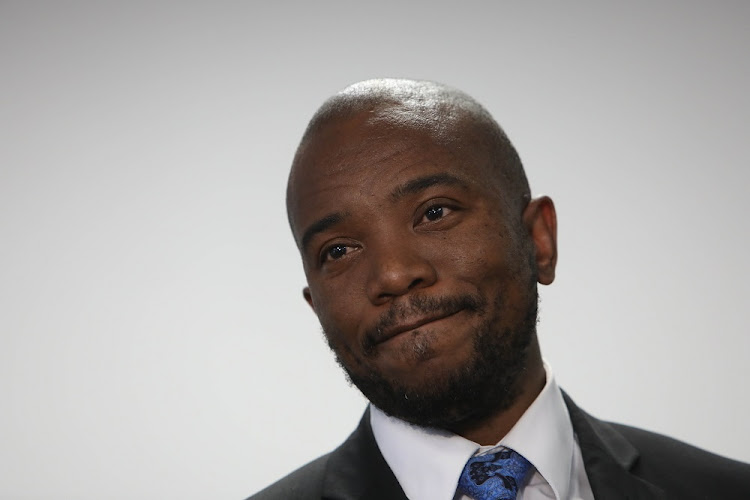 Outgoing Democratic Alliance leader Mmusi Maimane received a rude awakening on Thursday morning when he was basically informed he is a backbencher and could no longer lead the party in parliament after his resignation as its federal leader.

Annelie Lotriet who chairs the DA caucus in Parliament and is its interim head until a new leader is elected, told SowetanLIVE's sister publication TimesLIVE she called Maimane to inform him that only the federal leader of the DA automatically leads its caucus in Parliament.

“Yes, I spoke to him this morning. I told him it's not a matter of resigning as parliamentary leader, you are automatically not a leader.

“The moment Mr Maimane resigned yesterday as federal leader and said he stays on as a MP, he becomes an ordinary MP. So, he is not automatically still the parliamentary leader, that is the process in terms of our rules that the person must be elected.”

Maimane announced his resignation from the DA and from Parliament on Twitter on Thursday.

He had told the media on Wednesday that despite his resignation as DA leader, he would continue in the role of parliamentary leader until the end of the year, after which the party will go to Congress to elect new leadership.

Lotriet said the DA caucus will elect its new parliamentary leader next week.

Speaking to TimesLIVE following the party's weekly caucus, Lotriet said the procedure was for her to declare a vacancy and call for an election. There is a seven-day notice period before the election can be held, but the caucus meeting asked that this process be fast-tracked.

She said the caucus asked her to seek permission from the federal executive to have the election on Tuesday, so they could elect someone as soon as possible. If the Federal Executive doesn't agree to the election being held on Tuesday, the election will be held next Thursday.

Lotriet said at the beginning of the 30-minute caucus meeting, DA MPs were subdued because of uncertainty but the moment the procedure was announced, they were fine. The meeting was short because its agenda didn't have the leader's report and the chief whip's report.

A DA MP who is opposed to Maimane described as “naive” his announcement that he would still lead the party in parliament despite his resignation as federal leader.

“How can you thrash the party in the media and expect to attend its caucus meeting the following morning?

“This is the indecisiveness the report of the review panel was talking to. You say the party is no longer a vehicle to better SA, but you still want to lead it in Parliament,” lamented the MP, speaking on condition of anonymity.

Mmusi Maimane has resigned from Parliament and the DA.
News
2 years ago
Next Article