Why Maimane resigned from DA after four years as its leader 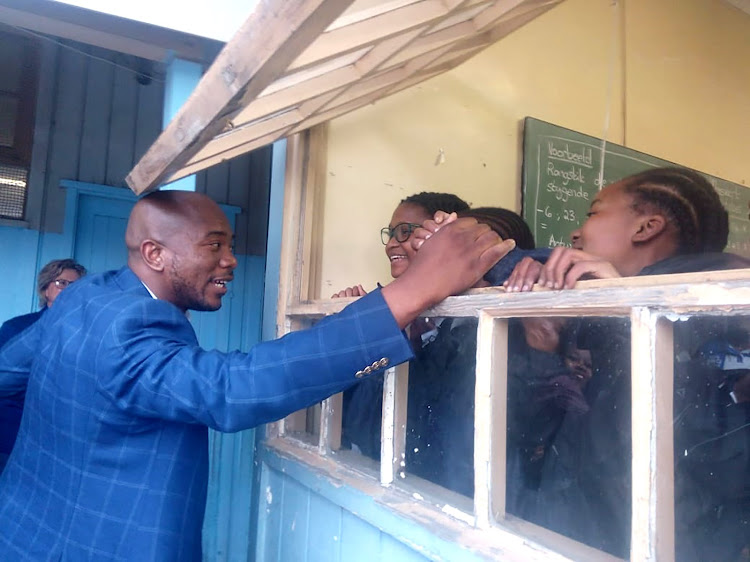 The DA’s first black leader Mmusi Maimane has bowed out after being at the helm of the official opposition party for four years.

Maimane has admitted to losing the fight to transform the DA from a white to a more inclusive party that even black people could relate to.

He said that the colonialism tweets by the newly elected Federal Council Chairperson Helen Zille had also created a mistrust between black and white people.

“And in the end we have come to the conclusion that despite my best efforts, the DA is not the vehicle best suited to take forward the vision of building One South Africa for All,” said Maimane.

“It is with great sadness that in order to continue the fight for this vision I so strongly believe in, and the country I so dearly love, I today tender my resignation as leader of the Democratic Alliance.”

He also said that he was resigning because of a “smear campaign” that had been launched by his opponents in the DA through the media where questions were raised about ownership of a house in Cape Town as well as his usage of a Steinhoff sponsored car.

“However, over the past months, it has become quite clear to me that there exists a grouping within the DA who do not see eye to eye with me, and do not share this vision for the party and the direction it was taking. There has been for several months a consistent and coordinated attempt to undermine my leadership and ensure that either this project failed, or I failed,” said Maimane.

“This extended to the smear campaign that was run on the front pages of an Afrikaans weekly paper in an attempt to destroy my name and my integrity. This cowardly behaviour has put my wife and two young children in great danger as pictures of our home were published in the media.”

Maimane took over as DA leader from Helen Zille in 2015.

Maimane commissioned a panel to review the organisation’s performance at this year’s national general elections where the party’s support declined by about 1.5%.

The report called for Maimane and other leaders to step down from all their positions.

Although Maimane made no mention of this report, his political ally, Athol Trollip, who also announced his resignation yesterday said it was underpinned on the report’s recommendations and that they were taking collective leadership

“There comes a time when leaders must step back from all the noise and conjecture, and make a sober and honest assessment as to what the future holds,” he said adding that this was not an end to his political career.

“I’d like to assure the people of South Africa that this is not the end of the journey, it’s only the beginning.

“The pursuit of building One South Africa for All is much bigger than any individual or political party. And it’s a vision for South Africa that I will continue pursuing for as long as I have air in my lungs. The fight must go on,” said Maimane.

Without Zuma, Mmusi was found wanting

I made a tongue in cheek comment the other day on social media to the effect that former president Jacob Zuma was good for his political ...
News
2 years ago
Next Article