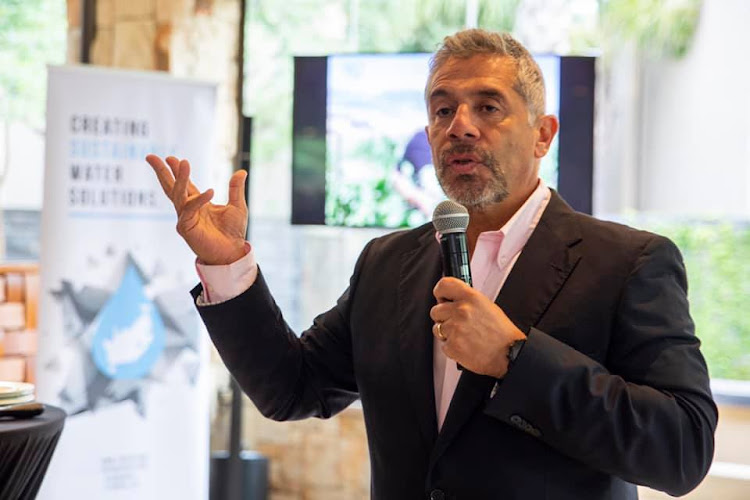 Spanish entrepreneur and tennis coach Pancho Campo has spoken out about a traumatic experience in Cape Town earlier this month.
Image: Facebook/Pancho Campo

Former tennis coach and entrepreneur Pancho Campo was allegedly kidnapped and robbed at gunpoint in Cape Town earlier this month.

The 58-year-old Spanish national, who started the Wine Academy of Spain, was in the city in preparation for the W12 Congress, which will take place there in January 2020. The event will bring together leaders from 12 global cities that have faced the threat of running out of water.

Prior to his visit, Campo was appointed international director of the summit, which will feature Arnold Schwarzenegger as its keynote speaker.

Campo was allegedly abducted at gunpoint on October 12 by two men posing as drivers for an e-hailing service after leaving a get-together at the Dolphin Beach Hotel, near Table View. He was then taken on a hellish ride to the outskirts of the city.

After the ordeal he was left on the side of the road, where he managed to attract the attention of a passing police vehicle at about 5am, after "walking for about 9km".

"I was alone, scared, with no money or phone, and no idea where I was," Campo told TimesLIVE on Wednesday.

He was taken to the nearest police station, where he was told that he was in shock and advised to wait before providing a statement.

He was later returned to his hotel, where the manager informed him that his wife was distraught. She had heard part of the ordeal when a call to her husband was answered by one of the robbers.

"The hardest thing - apart from being assaulted at gunpoint and finding [myself] in the middle of nowhere, in an unknown country, without money or phone at 5 in the morning - was to know later that while they were kidnapping me, my wife called my mobile and heard how they threatened me and I begged for my life," he said in a statement posted on Facebook.

"I thank the authorities, the hotel and my South African friends and colleagues for all their support," he wrote.

Campo told TimesLIVE that the drivers knew his name and the location of his hotel, but that the vehicle was not the one that had been ordered for him by a friend.

"How did they know my name?" he asked, adding that a security guard had asked his name before he was picked up at the hotel gate.

"The security guard said that my car was waiting down the road. I walked out of the gate to the car and they confirmed that they were waiting for Pancho Campo. It is strange because my friend made the request on the app, so they should have asked for his name."

Campo believed that the guard had been suspended, although Dolphin Beach Hotel was not able to confirm this. 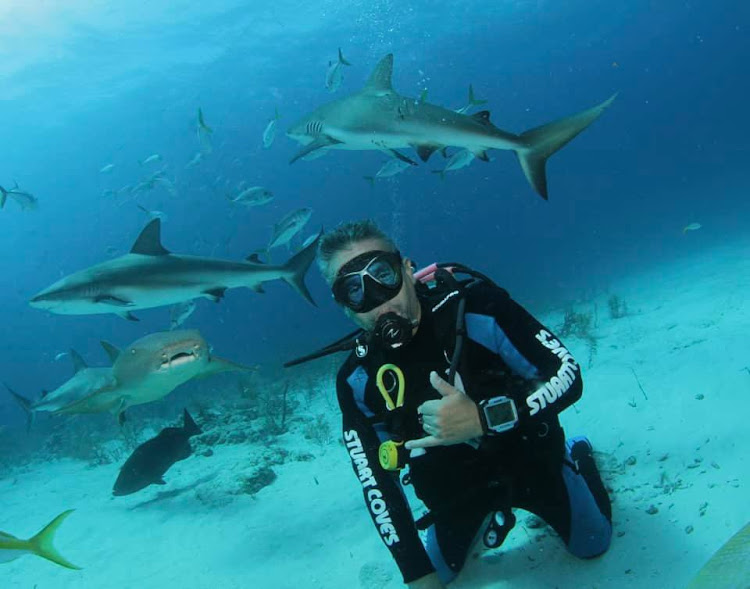 Campo had been diving in Simonstown on the day of the incident.
Image: Facebook/Pancho Campo

The Spaniard, who was born in Chile, said the robbers had driven him for over an hour, at which point he asked where they were taking him. One of the men then revealed a firearm and told him to produce money. He handed over around R500.

Campo said he was then hurled from the car, his head striking the door. He injured his back as he fell against a street light.

"I am feeling better and my injuries are improving," he said, adding that he still had difficulty sleeping since the traumatic experience.

He said the incident "should never have happened", but added that he still enjoyed the city.

"Crime happens all over the world and I was unlucky. I do think that tourists should be made aware of these threats though," he said.

"Cape Town is a beautiful city worth visiting, which is hosting a great conference on water to help prevent Day Zero in other parts of the planet."

Police spokesperson Capt FC van Wyk said an investigation into the incident was ongoing: "A case of kidnapping and armed robbery was opened for investigation at Table View SAPS on October 14. No arrest as yet. Investigations continue."