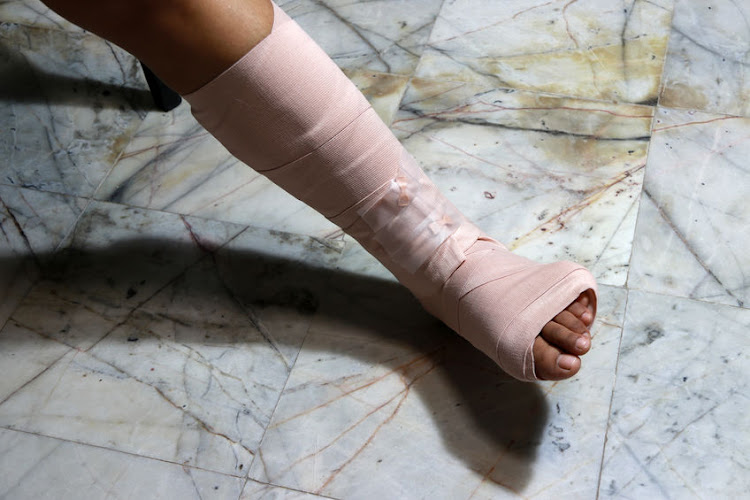 An awaiting-trial prisoner jumped off the roof of a police station in Limpopo and persuaded officers that he had been injured by a speeding car nearby.

But the 34-year-old man's escape plan was foiled a day later in hospital, when he was recognised as an escapee and promptly arrested on Wednesday.

According to police, the man had been in custody on serious charges, including murder, business robbery, robbery in transit, malicious damage to property, and possession of an unlicensed firearm.

He was found crawling outside the Thohoyandou police cells on Tuesday.

A manhunt has been launched for 13 awating-trial prisoners who escaped from the police holding cells in Seshego outside Polokwane over the weekend.
News
2 years ago

"He apparently broke his legs when he jumped from the rooftop of the cells and crashed on the ground," said police spokesperson Brig Motlafela Mojapelo.

"He then deceived the police member who found him in the station yard that he was knocked down by a speeding vehicle on the adjacent road and that the vehicle failed to stop after the accident.

"He was then taken to hospital for medical attention - only to be recognised by the other member, who was performing guard duties at the same hospital, as the prisoner who escaped the previous day.

"He was immediately rearrested and is currently under police guard at the hospital."

A case of escaping from lawful custody was opened.