16 injured as taxi rolls down embankment in Sandton 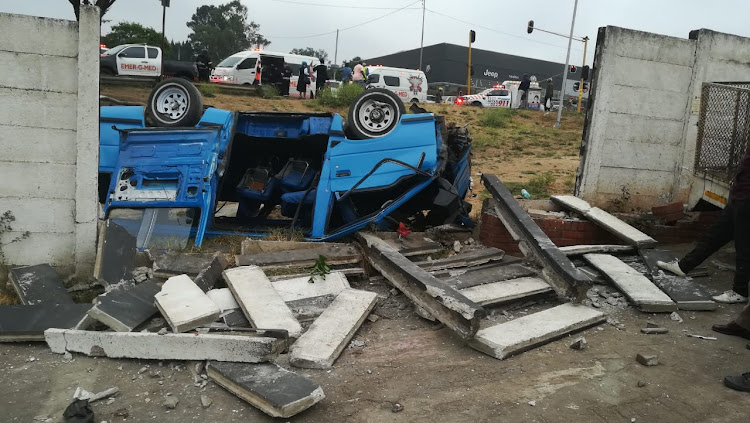 Sixteen people, including men and women, sustained minor to serious injuries in the accident in Bryanston.
Image: Netcare911

Sixteen people were injured when a taxi rolled down an embankment on William Nicol drive in Bryanston on Wednesday morning.

Herbst said it was believed that the driver had lost control of the taxi.

They were transported to hospital.