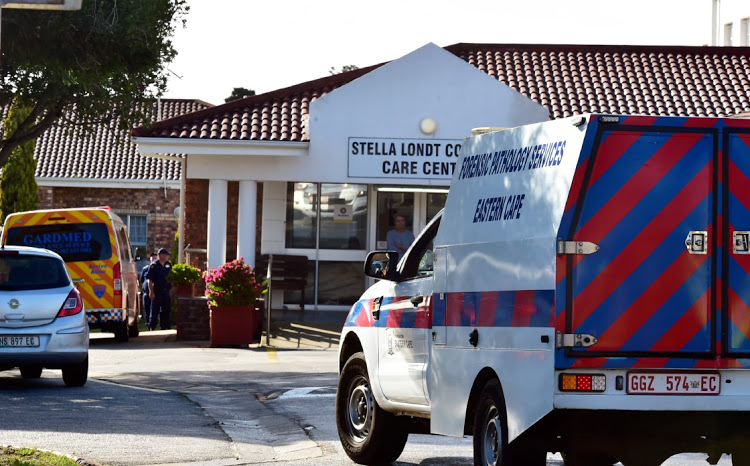 Jewellery and Krugerrands were among valuable items found to be missing after two elderly women were murdered in their rooms at the St John Stella Londt retirement centre in Sunridge Park in Port Elizabeth.
Image: Eugene Coetzee

A carer and her four co-accused appeared in the Port Elizabeth magistrate's court on Tuesday in connection with the murder of two elderly women at a retirement village in Sunridge Park.

The woman and four men are charged with the double murder of Agnes Burns, 91, and Rosemary Langton, 87, who were found bound and gagged in their rooms at the St John Stella Londt retirement centre on the morning of September 10.

A number of valuable items, including Krugerrands and jewellery, were stolen from the women, who are believed to have been friends.

Caregiver Nomgebisi Slangveld, 34, who is said to have been on duty on the night of the botched robbery, as well as Mkhuseli Damenti, 30, Nyasha Manyange, 33, Panganai Mabwe, 27, and Craig Madiro, 20, were in the dock briefly on Tuesday morning. They stood side by side.

Grandparents must get second shot at raising children

In light of the Constitutional Court ruling against corporal punishment in the home, there is a conversation I wanted to bring to the fore.
Opinion
2 years ago

State advocate Marius Stander said the prosecution was vehemently opposed to their release on bail.

Stander said at least three of them were foreigners and that their status in the country needed to be confirmed.

The matter was postponed to November 4 for their formal bail applications.