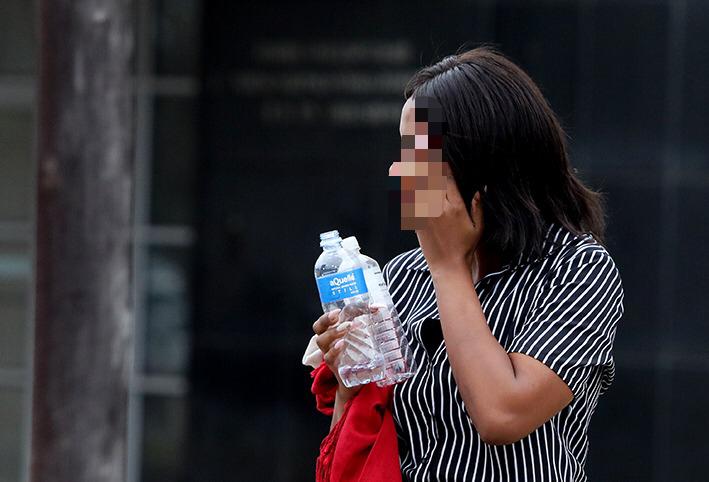 The 31-year-old woman accused of stabbing and killing a top Durban surgeon at a plush Umhlanga hotel last week walked free on October 21 2019 as the matter against her was not enrolled.
Image: Sandile Ndlovu

The woman arrested for the murder of a top Durban surgeon has been allowed to walk free - until police complete their investigation.

The case against the 31-year-old woman accused of murdering top Durban orthopaedic surgeon Dr Melvin Naidu at a plush Umhlanga hotel was not enrolled at the Durban magistrate's court, where she was expected to appear on Monday.

The woman, whose identity is known to SowetanLIVE's sister publication TimesLIVE, was initially arrested and faced charges of murder after she allegedly stabbed Naidu following an altercation at the up-market The Capital Pearls on Thursday evening.

The woman arrested for the murder of a Durban surgeon #MelvinNaidu has been released, until police complete their investigation. Here she can be seen hugging her sister as she is released from custody. Her identity can't be revealed as the matter was not enrolled @TimesLIVE pic.twitter.com/HQ3xwgi4BU

The accused's attorney Ravindra Maniklall informed magistrate Vanitha Armu that the matter would not be heard in court until investigations were completed, pending  a decision with the state.

Maniklall told TimesLIVE he had made representations to all the relevant parties and the state agreed not to enroll the matter until their investigations were complete.

"We've made representations to the state and they've agreed to drop the case against her on the basis that there is minimal chance of successfully prosecuting her at this point in time. They will continue with their investigations and then decide on the future conduct of the matter," he said.

The NPA was unable to verify this information with the prosecutor.

Ravindra Manicklall, representing the woman accused of murdering Durban surgeon #MelvinNaidu says he made representations and the state conceded to not enroll the matter at this stage. They will continue with their investigations and could enroll it at a later stage @TimesLIVE pic.twitter.com/ZLhzruQxhZ

TimesLIVE understands that Naidu and the woman had met at the Oyster Box Hotel in Umhlanga where they dined before proceeding to the Capital Pearls where they booked into a room on the 13th floor.

Guests alerted hotel security after overhearing an argument at about 10pm. Naidu, who was in his boxer shorts and sandals, collapsed outside the blood-splattered hotel room door after he was allegedly stabbed in the neck.

"The suspect was heard screaming for help, followed by the [man] who was also shouting for help.

"A 51-year-old man fell on to the floor outside the room with a stab wound on the neck," said police spokesperson Capt Nqobile Gwala.

The sister of the accused was approached for comment but declined.

Naidu, who was allegedly the subject of a failed hit last year by his brother-in-law, neurosurgeon Dr Anand Rapiti, was cremated in Durban on Monday.

Woman to appear in court for murder of top Durban surgeon

The woman accused of murdering top Durban orthopaedic surgeon Dr Melvin Naidu at a plush Umhlanga hotel, is expected to make her first court ...
News
2 years ago
Next Article