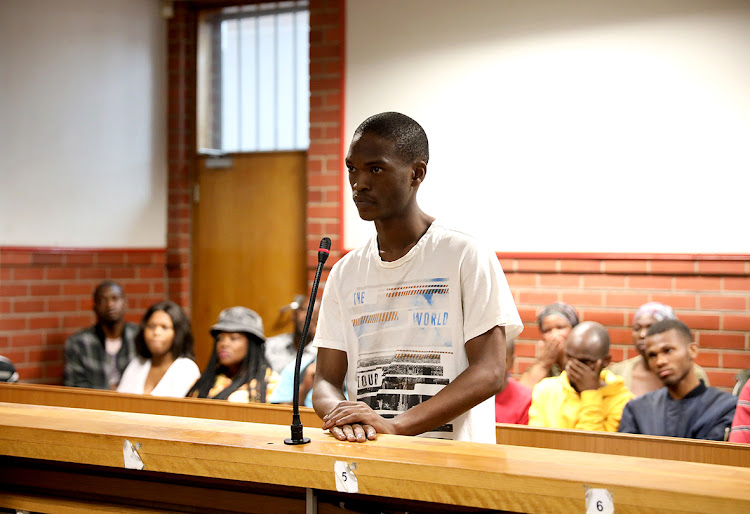 University of KwaZulu-Natal student Khayelihle Nzimande made an appearance in the Pinetown magistrate's court on Monday and will be put under psychiatric observation for 30 days.
Image: Sandile Ngcobo

Khayelihle Nzimande, the University of KwaZulu-Natal student accused of killing a fellow student, has been temporarily deemed unfit to stand trial.

Nzimande appeared in the Pinetown magistrate's court on Monday. The prosecutor informed the court that a mental assessment by the district surgeon had recommended Nzimande be put under psychiatric observation for 30 days. Nzimande appeared much calmer on Monday after his first appearance last week.

"I have the report from the district surgeon. Part of the report says you require a comprehensive psychiatric evaluation and you are unable to stand trial currently," magistrate Gwendolyn Robinson told Nzimande.

Nzimande is charged with the murder of Bcom student Simukelo Zondi, whose burnt remains were discovered in a bush at the university's Westville campus last weekend. Zondi was laid to rest in Swayimane, in northern KwaZulu-Natal, at the weekend.

Zondi's family were among the people in the packed courtroom. They said  they were too distraught to speak to journalists. Also in court was Mandla Zondi, the mayor of Umshwathi, from where Zondi hails.

"The family is devastated, especially the parents. During the funeral they were physically there but not emotionally. The mother and father couldn't even make it to the court, " said Mandla.

A video has been circulating on social media in which Nzimande is seen in the university's risk management services office. In the video he tells security officers that Zondi died because he was a “zombie” and involved in witchcraft.

Nzimande will be back in court on November 5.

*Nzimande's first name is Khayelihle, and not Khanyile as reported previously