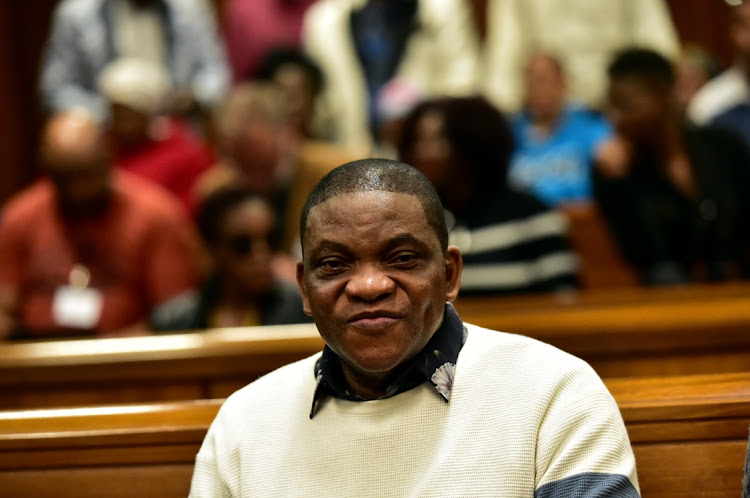 Having failed in an attempt to appeal a Port Elizabeth judge’s decision to allow the trial of alleged sex pest Timothy Omotoso to be heard in the Port Elizabeth high court, the controversial Nigerian pastor's defence attorney indicated they would approach the highest court in the country.

On Monday, state prosecutor Nceba Ntelwa told Judge Irma Schoeman that the Supreme Court of Appeal (SCA) had dismissed Omotoso’s application to appeal her decision to have the trial heard in Port Elizabeth.

It was the second time Omotoso, 60, and his co-accused, Lusanda Sulani, 36, and Zukiswa Sitho, 28, had lost a petition to the SCA, reported HeraldLIVE.

In its judgment passed down on October 17 2019, the SCA ruled that the application for leave to appeal Schoeman’s decision was dismissed on the grounds that there were no reasonable prospects of success, and that there was no other compelling reason why an appeal should be heard.

In August, defence attorney for Omotoso and his co-accused, Peter Daubermann, argued that the Port Elizabeth high court did not have the authority to hear the entire matter as some of the alleged offences took place elsewhere in the country and abroad.

Daubermann claimed the authorisation certificate to centralise the case was invalid.

Alleged sex-pest pastor Timothy Omotoso due back in court

The trial of alleged sex-pest pastor Timothy Omotoso is expected to continue in the Port Elizabeth High Court on Monday after the matter was ...
News
2 years ago

Schoeman dismissed the application to appeal her decision to allow the matter to be heard in Port Elizabeth, citing that the directive from the then national director of public prosecutions Shaun Abrahams was valid and in line with the provisions set out in the Criminal Procedures Act.

After Ntelwa informed the court that the state was ready to proceed with the trial, Daubermann said that in the interest of justice, his clients' instructions were to bring an application to appeal the SCA’s judgment to the Constitutional Court.

“My instructions are to apply for a postponement to allow my clients to exercise these rights,” Daubermann said.

The trio face 97 charges among them, including 63 main charges and 34 alternative counts, ranging from human trafficking to rape and sexual assault.

They have not yet pleaded.

Daubermann told the court on Monday that he anticipated he needed at least two weeks to prepare the application for the appeal to the Constitutional Court.

Schoeman postponed the matter to November 21.