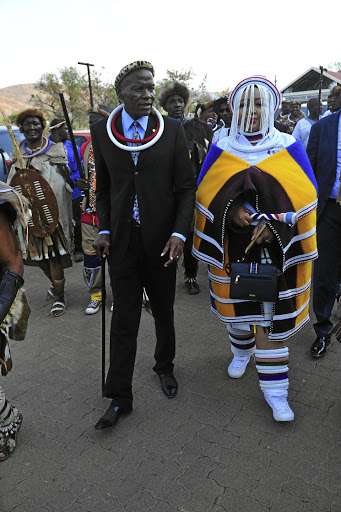 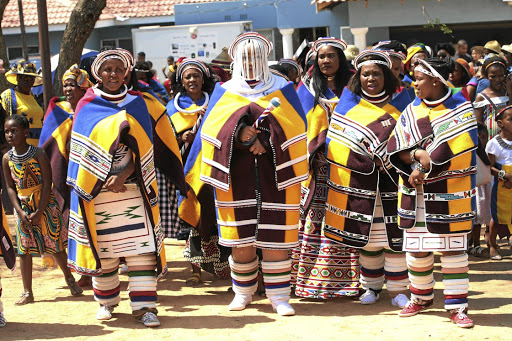 Ndebele King Makhosoke II, who got the court to declare his previous marriage void, tied the knot with Lesotho princess Sekhothali Seeiso.

The pair married in a colourful traditional ceremony at Engwenyameni royal palace
in Klipfontein, near Kwa-Mhlanga, in Mpumalanga.

Youth traditional dance groups gathered at the entrance of the king's residential home, dancing and singing just before a convoy of cars ferrying the queen
arrived to screams and
ululations.

After Seeiso was officially welcomed into the royal household just shortly after midday, she was taken through a customary induction for new brides.

She was taught how to cook Ndebele traditional meals, brew traditional beer and how to serve her husband food.

Makhosoke II (born Enoch Mabena) was in the news in 2015 after the divorce court in KwaMhlanga ruled that his marriage to Nozipho Mnguni was void as the king had not consented to it.

Rhodes University alumni James Rycroft and Toni Parsons have donated cash they raised in lieu of gifts from their wedding to the Eastern Cape ...
News
2 years ago

This was despite ilobolo being paid on his behalf in what was an arranged
marriage in 2014. Had the court not declared the marriage invalid, he risked losing half his estate.

Mnguni had filed for divorce citing that the king was aloof and uncaring. They had allegedly never even lived together nor shared a bed.

Among those present at the royal wedding on Saturday included representatives from the Swazi royal family, Free State premier Sisi Ntombela, the Sigcawu royal family from Eastern Cape and other Ndebele chiefs.

Zwelabo Mabena, a family elder from the king's side, said the day was important to the Ndebele people because they were welcoming their queen.

Zwelabo said it was not a big deal that it had taken the king a while to bring a queen to the royal household.

"The king is allowed to take his time and look to find the right person who will essentially be the mother of this nation," said Zwelabo.

Another elder, Baby Phetha, said the king could have many wives before finding the queen who should also be from a royal family.

Maletsabisa Seeiso, from the royal family in Lesotho, said: "We are here to accompany our sister because it is our tradition to do that. Today is her day to be welcomed into her new family."

Ntombela said her presence at the royal wedding was about showing support and care to the two royal families.

"This is to show that we really care about our kings. It's important to teach our kids so that they know about our traditions as we build the nation that will know that kings are very important," said Ntombela.