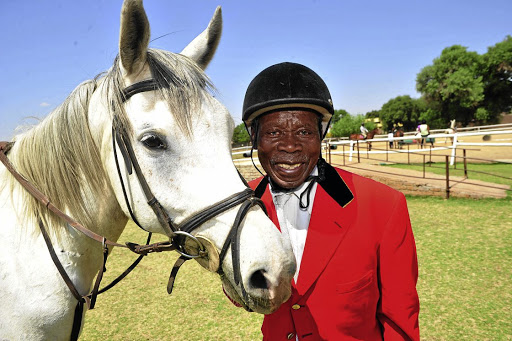 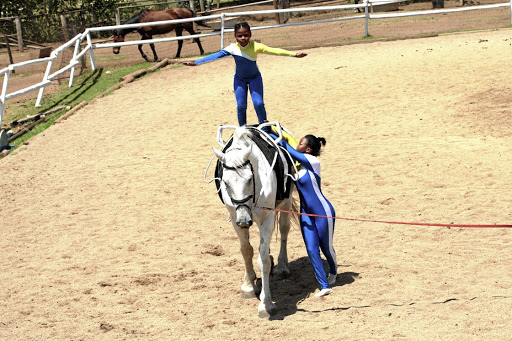 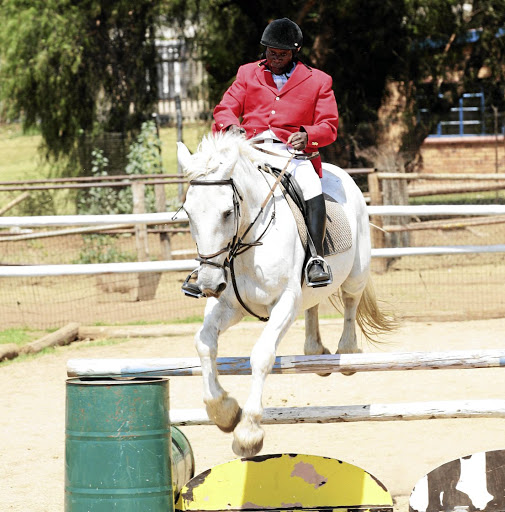 The journey of SA's first black show jumper Enos Mafokate is cemented with tears of joy, heartbreak, loss, perseverance and humiliation. Despite this, Mafokate became a world icon.

His road to fame began in Alexandra, northern Johannesburg, in 1944. He would later move to a farm in Rivonia where his father worked as a builder and his mother was a domestic worker.

Much to his surprise a young white boy gave Mafokate his first ride on a horse.

"I was herding cattle on my donkey, then we swapped our animals. The horse dropped me to the ground and those that were watching laughed."

The moment of embarrassment did not end there as the white child's father appeared shouting, "My kind ry nie op 'n donkie van 'n swart man nie!" [My child does not ride on a black man's donkey!].

Despite the altercation he and his new white friend John Walker would share their common love for horses.

The National Party was strengthening during Mafokate's early adulthood.

At the time black men were not allowed to be horse riders or show jumpers but could become grooms. So, Mafokate took on a job as a groom.

"We were not allowed to ride the horses. One day when my employer was not looking, I took the horse for a ride and it went through a fence that cut my hands. I was scared of showing my employer the wounds so I quickly covered my hands with gloves."

Mafokate said when his employer discovered he was injured he took pity on him and got him medical attention.

"He then allowed me to ride with other white people."

He was tasked with training a stubborn horse called Malaita. "The horse won at the Rand Show in 1963. My employers gave me £1. I was earning £5 a month at the time."

His first win was in a groom's competition, competing among other black grooms. His employers saw his talent and in 1963 gave him his first horse-riding pants and a jacket. His winning streak among the groom's competition continued for some time.

In 1975, the apartheid government relaxed laws to allow black people to do show jumping. It was a dream come true for Mafokate.

"This was allowed by the Transvaal Horse Society and the president. This was also the same year that [Kaizer] Chiefs and [Orlando] Pirates were allowed to play at Rand Stadium."

A new chapter in his life opened when he started working for a German couple in 1977. "They fought with the chairman so I can compete with white people at the Rand Show. The chairman allowed me."

He did his first show on a horse called Jamaican Rum. "I was the first black member of the Transvaal Horse Society."

He was then spotted by a British talent scout in 1979.

He received sponsorship from Barclays Bank and was able to compete in Wales. He performed in front of the royal family and got good reviews from British commentators.

"When I left Britain, I was so happy that I knelt down at Heathrow airport and thanked my ancestors," he said.

Mafokate was injured by one of the horses weeks before he was to return to the UK.

"They rushed me to Sandton Clinic. As soon as the white workers there saw that it was a black man who was injured, they said no. We then went to Johannesburg Hospital, they also said not here."

Mafokate said he contacted his employer who was in England with the royal family.

"'Just a call from the royal house, ambulances were fighting to have me."

On one trip to Europe he was robbed in a train on his way to the hotel he was staying in. "They took everything from my backpack, including my passport. I never thought white people steal."

He said this was an experience that left him weeping.

"I spent four hours at the embassy. I told them that I was not in London for politics but I am here for sports."

He was able to get his passport. Mafokate won his competition and shed "tears of joy".

"God saw my suffering and he answered my prayers."

Despite his win in Britain he had no media attention back home. "At Jan Smuts my trophies were on my trolley and a black policeman helped me push my trolley."

He met Nelson Mandela in 1992 in Barcelona where a South African delegation had been sent to prepare the world for SA's return to world sports.

Back in Soweto Mafokate decided to give free riding lessons at the People's Dispensary for Sick Animals and teach residents proper animal care. "Soweto horses were in bad condition and they were talked about on radio and television."

In 2006, 28 hectares of land in Moroka, was donated to Mafokate and the Enos Mafokate Soweto Equestrian Centre was founded. It has over 30 students currently.

Mafokate is also grateful that his children who include kwaito star Arthur Mafokate, persevered with him in his challenges as a horse rider.

For Kgosi ya Dipere [King of Horses], it's all about passing on a legacy of compassion for animals and fighting for the advancement of black people in what people describe as a "rich man's sport".