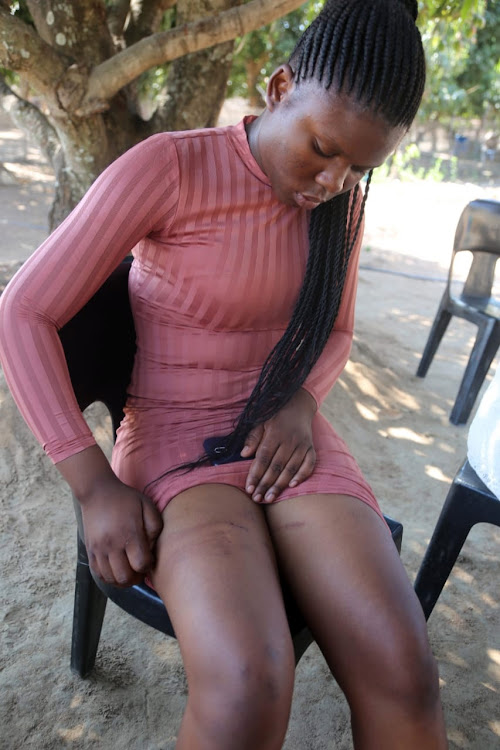 A 20-year-old grade 11 pupil assaulted outside the school yard by three women for allegedly “wrecking a marriage” wants justice.

A video clip showing the assault of Dolly Maila from Pharare village in Limpopo went viral on social media.

Maila said she was attacked by three women who pulled her braids and beat her with fists and a stick on Thursday.

She sustained bruises on her upper body and thighs.

She said she continues to suffer humiliation and be labelled a “home-wrecker” on social media.

“It’s not true that I’m a home-wrecker, I ended the relationship with the woman’s husband after I discovered he was married. The relationship ended late last month after I received threatening SMSes from an unknown lady who told me to stop seeing the taxi driver because he is married or they will deal with me.”

Maila said she was on her way to the tuckshop just outside the school when three women blocked her way and demanded to talk to her.

“Before they could state their concerns, all of them started attacking me, saying I should stay away from their friend’s husband,” she said.

The pupil only opened a case yesterday after police allegedly told her there was not enough evidence to arrest the suspects. She said she was still experiencing pains on her neck, back and thighs.

A 29-year-old Limpopo woman's newborn baby died on Tuesday night after she was forced to give birth outside a clinic, in rainy, cold weather.
News
1 year ago

“I’m not happy with the police because I went to open a case the same day and one of the female police officers told me that if I was dating her husband, she would have killed me. She said I deserve to be killed because I’m breaking people’s marriages.”

In the four-minute video, the woman who claims she is married to the man the pupil was dating hits Maila in the face with her fists, saying: “Do you know I’m a married woman and you are breaking my marriage. I have been meaning to talk to you but you refused.”

Another woman is heard shouting “beat her my friend”.

The woman who claims Maila stole her man continues punching, saying: “You were born in 2001 and there is no way you can date a 40-year-old man. You are mad, I can’t leave my marriage because of you.”

Police spokesperson Col Moatshe Ngoepe had not responded to requests for comment at the time of printing.