At least 21 dead in weekend carnage on SA roads 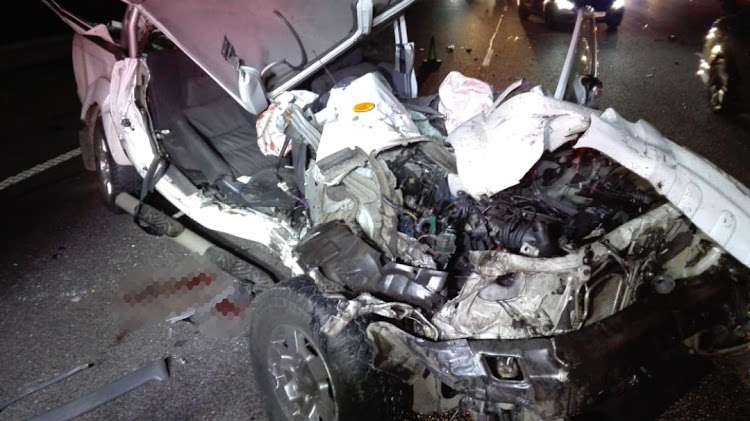 At least 21 people have been killed on the country's roads this weekend. File photo.
Image: Supplied

It has been a deadly weekend on South African roads, with at least 21 having been killed.

“In the first crash, a bakkie was travelling from Mbombela towards Umjindi on the R40 road around 5.15am on Sunday when it overturned,” said community safety, security and liaison department spokesperson Moeti Mmusi.

“After overturning, it went into a ditch on the side of the road and three people were killed instantly. The driver is among those who were injured. Two people sustained slight injuries while another person was critically injured,” Mmusi said.

In another accident reported on Saturday evening, three people died when the bakkie they were travelling in lost control and overturned on the N4 toll road between Mbombela and Schagen, towards Sudwala Caves.

“Eight people were moderately injured while another person was seriously injured. The deceased included the driver,” said Mmusi.

In KwaZulu-Natal, five people were killed on in a crash on the N2 near Mtubatuba.

Seven pupils from the North West died in a car accident, the provincial community safety and transport department said on Sunday.
News
2 years ago

The provincial transport department said reports from the officers who attended the scene reveal that a truck collided with a taxi belonging to Jozini Municipality loaded with 12 passengers.

Five people — two men and three women — died on impact, while four were critically injured and three escaped with minor injuries. The injured passengers were rushed to a medical facility in Richards Bay to receive medical care, the department said.

The truck driver, however, was alleged to have fled the scene. He has not yet been arrested.

“It is alleged that the driver of the truck was joining the freeway from the side of the road without observing the oncoming cars and as a result the minibus crashed into it. Forensic experts have been dispatched to establish the real cause of the crash,” the department added.

TimesLIVE reported earlier on Sunday that seven school pupils died while on their way home from a soccer tournament in the North West.