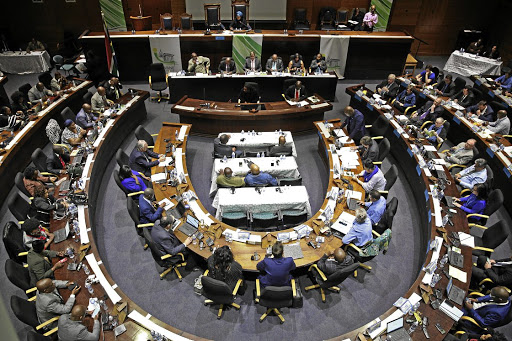 The City of Tshwane is investigating a councillor who has been absent for months without leave yet enjoying his full R45,000 a month salary.

Pretoria West DA ward councillor Carlo de Bruin was last at a council meeting on February 12 and has since missed 12 consecutive sittings.

The Tshwane municipality said De Bruin's fate will be decided next week when a special committee investigating his absence tables its findings and recommendations.

Since his last appearance at a council meeting, De Bruin has earned about R450,000.

Van der Heever confirmed De Bruin was absent without leave but denied that he had absconded for 10 months.

The ANC has accused DA councillor Carlos de Bruin of absconding from work for nine months.
News
2 years ago

"He had been absent. with sick leave, there's a difference between being absent with leave or without.

"Councillor De Bruin's situation has been investigated by the special committee and they're in the final stages of that investigation. They have a meeting on the 23rd next week, they will make a recommendation to council."

Sowetan can, however, reveal that according to council records, De Bruin had been recorded as being on sick leave for the April 11 special sitting, had sent an apology for the April 25 meeting and was marked absent for eight of the 10 meetings missed this year.

The Tshwane municipality is mulling over calls to rename Church Square and also the removal of the statue of Paul Kruger in the city centre. Tshwane ...
News
6 years ago

The Municipal Systems Act 32 of 2000 stipulates if a councillor is absent from three consecutive council meetings, they should be removed and their ward be declared vacant.

ANC Tshwane chairperson Dr Kgosi Maepa said they have been reliably informed that the DA in Tshwane cannot get hold of De Bruin who has since relocated to Cape Town.

"He has simply gone AWOL, and the DA is afraid to go for by-elections, in particular ward 3, due to their poor service delivery," Maepa said.

"We would like the salaries that De Bruin has enjoyed without rendering any service whatsoever to be returned."

The pushback came after protests in Dunoon, which left stakeholders on either side seething
News
2 years ago

Violent protests in which motorists were stoned, trucks set alight and roads closed have been "temporarily suspended" in and around Dunoon in Cape ...
News
2 years ago

A DA ward councillor in Middleburg had described illegal dumping in the Mpumalanga town as "a big problem".
News
2 years ago
Next Article