Image: Gallo Images/ IStock A total of 317 pupils are to re-write their examinations at a later date after load-shedding at Gauteng schools on Wednesday.

A total of 317 matric pupils in Gauteng will rewrite their computer applications technology practical examination at a later date, after they were unable to write on Wednesday because of load-shedding.

The Gauteng education department said on Thursday it had taken precautionary measures in the event that load-shedding affected the examinations that began on Wednesday.

These include quarantining candidates for up to two hours until power is restored and giving pupils additional time to write.

Other measures include moving candidates to other centres unaffected by load-shedding and having generators on standby.

Gauteng education department spokesperson Steve Mabona said on Thursday if all these measures failed, candidates would be released and would write a back-up exam at a later date to be determined by the department of basic education.

The department also had to contend with a report of a bomb scare at a school in Vereeniging on Wednesday.

The department said of its 36 exam centres, 26 managed to complete the exams with the use of generators.

“However, 10 centres were unable to write due to load-shedding. A total of 317 learners are scheduled to rewrite their exams," Mabona said.

Mabona said his department hoped there would be no disruptions caused by load-shedding as 1,219 matric candidates were scheduled to write the information technology (IT) paper 1 on Thursday.

Matric candidates were on Wednesday evacuated at Vaal Ed-U College in Vereeniging after a bomb scare.

“Fortunately this happened after grade 12 candidates were done with their exams and their work saved.

“The bomb squad was called on site and the evacuation plan was implemented. Police are investigating the circumstances surrounding this unfortunate incident,” Mabona said. 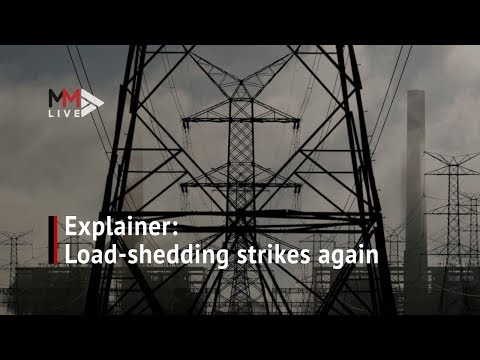