Sentencing procedures in the rape trial of Nicholas Ninow got underway at the Pretoria high court on October 16 2019. During arguments in mitigation of sentencing, Ninow read out a poem to his victim as well as a letter to the young girl's family. Ninow was found guilty of raping a seven-year-old girl at the Dros restaurant in Silverton, east of Pretoria. 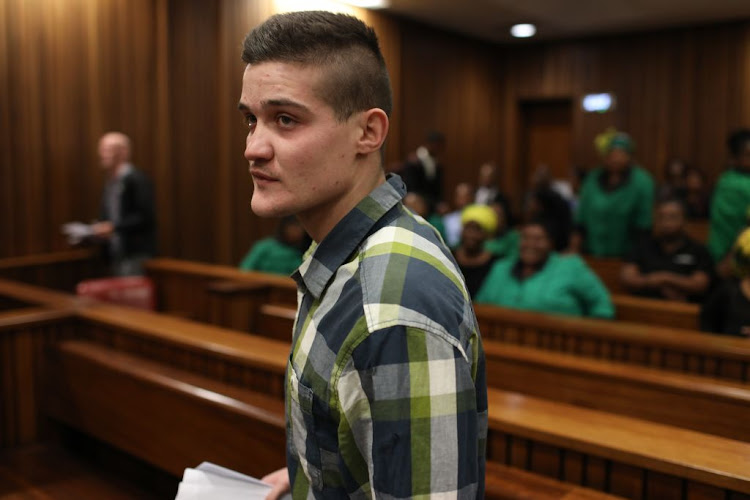 Convicted rapist Nicholas Ninow has told the court that he started using drugs with his mother at a young age.

Ninow, who took the stand on Wednesday in the Pretoria high court where he was found guilty of raping a seven-year-old girl, told the court that he had taken drugs three days before the incident in September 2018.

He admitted to raping the child in a female toilet cubicle at the Silverton Dros restaurant.

Ninow told the court that he left work early three days before the incident. He called his drug dealer, who delivered drugs to him.

When he was at the Dros, he ordered beer. He said he did not intentionally choose to sit in the kiddies' area. He also denied telling the waitress that he was waiting for someone. On the day, Ninow said he consumed large quantities of alcohol and drugs.

"I started drinking and it got out control."

He said he moved to the bar area where he sat with a man he did not know.

The court heard that Ninow did not have money to pay his bill. This despite evidence before court that he told a waitress that she should tell him when his tab had reached R650.

He said he remembered going to the female toilet to take drugs.

"It's difficult to say what happened," Ninow said breaking down in tears.

"This is something I have to live with ... I made a mistake. I intentionally did those things to her. I knew what I was doing. I was in a different mind state. There was no emotion attached," he said.

Ninow told the court that he started using drugs at the age of 13. He was introduced to "chemical" drugs by his mother. "The first time I consumed chemicals was with my mother."

He said his mother had always been on drugs.

He described his relationship with his mother, who is 37 years old, as that of brother and sister.

He claimed drugs gave him a different personality and that they were a coping mechanism for him.

"It's always been a coping mechanism - all my life."

Ninow told the court that he was using drugs in prison because "drugs are everywhere in prison".