Image: Sandile Ndlovu Former president Jacob Zuma addressed and entertained a small crowd of supporters outside the high court in Pietermaritzburg on Tuesday.

Radebe was speaking moments before Zuma addressed a smaller than expected crowd outside the Pietermaritzburg high court on Tuesday.

"I just want to say this thing for the record because I don't want it to be a rumour: somebody cancelled the buses [which were supposed to bring people in]. We went to bed knowing we had buses to take people, but in the morning we woke up to SMSes saying the buses had been cancelled," said Radebe.

"I will leave to our leaders to investigate who cancelled the buses," he added. 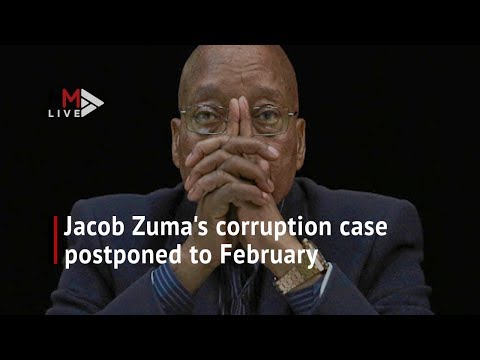 Zuma appeared briefly in court, where the state said that his legal team intended to apply for leave to appeal the dismissal of his permanent stay of prosecution.

"We are appealing because we are not satisfied, because there was no clear explanation about why it was dismissed," Zuma told the crowd outside.

Earlier in court, senior prosecutor Billy Downer said the state intended to oppose the application and was ready to start the trial.

Zuma's legal team has until November 1 to file an application for leave to appeal, which will be argued on November 22.

A pre-trial holding date - depending on the outcome of the appeal - has been set for February 4 next year.

The co-accused in the matter, French arms company Thales, stands accused of agreeing to pay Zuma a yearly R500,000 bribe for protection from an investigation into the controversial multibillion-rand arms deal.

The alleged bribe is said to have been facilitated by Zuma's former financial adviser‚ Schabir Shaik.