New service delivery model to be tested at eThekwini municipality 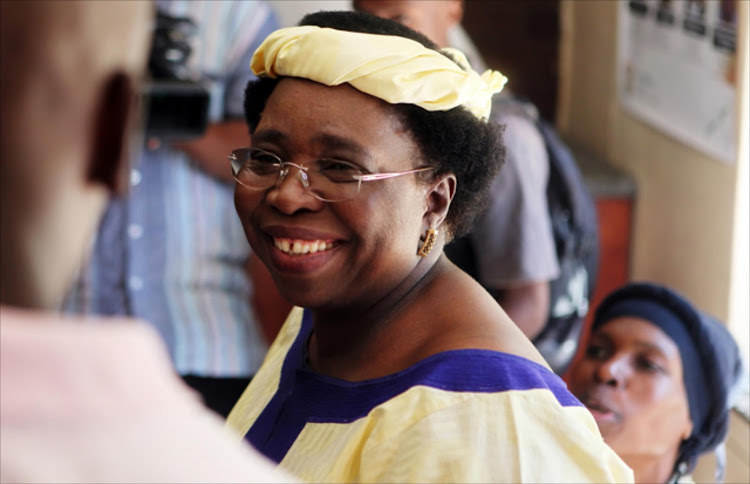 Speaking at a special meeting of the eThekwini municipal council in Durban on Tuesday, minister of co-operative governance and traditional affairs (Cogta) Nkosazana Dlamini-Zuma said the model would be piloted at district, local and metropolitan levels.

The eThekwini municipality has been chosen as one of the pilot sites.

"Government as a whole has now agreed that we should not change policies, but rather focus on how we should implement it."

She said the bulk of the focus would be on local government.

"The three spheres of government should plan together ... on what should happen in the district - or in a metro, in this case. The plan should not come from national, it should include the views of the people on the ground," she said.

Dlamini-Zuma was speaking ahead of President Cyril Ramaphosa's visit to the city later this week, when he is expected to officially launch the new model for eThekwini.

Last month he successfully launched the model at the Lusikisiki local municipality in the Eastern Cape. He is expected to launch a third pilot model in the Waterberg district municipality in Limpopo next month.

"The first site is OR Tambo. It is a very rural district, a poor district. Most of the people there are employed by the government, but it's got a lot of potential. eThekwini was chosen as the second pilot - it's urban with some rural. We also chose Waterberg - it is a mining district," said Dlamini-Zuma.

She said one of the government's main objectives was to identify local development opportunities and ensure economic activity in every district.

"Unemployment will not abate if we do not ensure that there are opportunities for employment outside government in all the districts. This will also assist us in addressing poverty," she said.

Gauteng has the highest number of people living under indigent conditions in SA.
News
2 years ago

Dlamini-Zuma said the government was also interested in looking at migration patterns.

"eThekwini metro takes a lot of people every year. They mostly come from within KZN. When they come here, they feel they can get a job and accommodation, but that's not the case. Life generally is not as green as they thought," she said.

"We're not saying they must not migrate - that is within their constitutional right of freedom of movement. But what we are saying is that when they migrate, it should not be out of desperation but out of choice."

The minister expressed concern about eThekwini's declining tourism sector: "Regrettably we must say that eThekwini at some stage was among the top 10 tourist destinations in Africa, but now has dropped to number 23, according to MasterCard."

She said one of the metro's main stumbling blocks was crime, which needed to be addressed urgently. "Out of the 10 top police stations [districts] for murder in SA, two are in eThekwini," she said, adding that eThekwini "is engulfed by crime".

"Tourists and investors are not going to come to eThekwini if they don't feel safe, and citizens will not stay if they do not feel safe," she said.