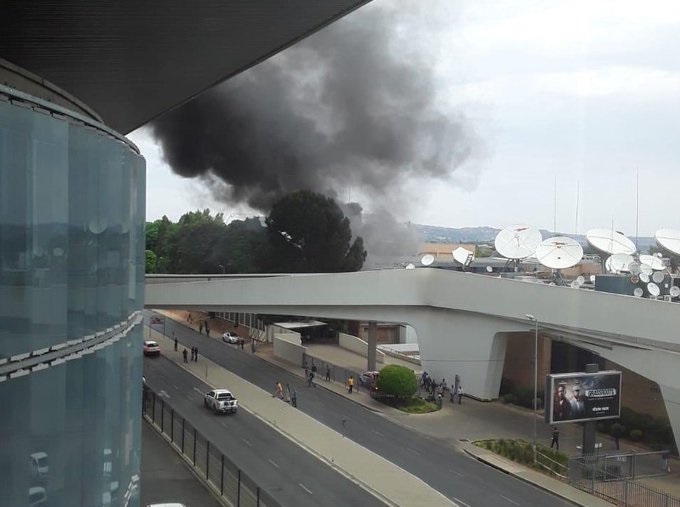 MultiChoice's group executive for corporate said that no injuries were reported.

Staff at MultiChoice’s Mnet Magic Centre offices in Randburg were evacuated from their offices on Tuesday after a fire broke out.

MultiChoice's group executive for corporate affairs Joe Heshu confirmed the fire and said that no injuries were reported.

“The fire has been contained and the fire department is onsite. There will be no interruption in service or broadcasting,” said Heshu.

“No one was harmed and the building was evacuated. I can confirm that there will be no disruption in broadcast.”

MultiChoice is on Fire 🔥😱 pic.twitter.com/SYfutsz6cN

Heshu said he was not at liberty to divulge any information related to the fire as the area was cordoned off.

The section in which the fire broke out is the Magic Centre where a lot of DStv channels, including Mzansi Magic and SuperSport are being broadcast.

Mzansi Magic broadcasts shows such as The Queen and The Throne as well a range of SuperSports channels.

“This is where a lot of technical stuff is done, including editing and all. Multichoice City is where corporate people are. This is where operations of the channels take place. That’s why they call it the broadcasting centre because broadcasting is being done here,” said an employee who was evacuated.

The business community has condemned the xenophobic attacks which have engulfed Gauteng over the past week.
News
2 years ago

Pay-TV operator MultiChoice have apologised to Kaizer Chiefs after a tweet posted on DSTV's official Twitter account rubbed the club and fans up the ...
Sport
2 years ago
Next Article