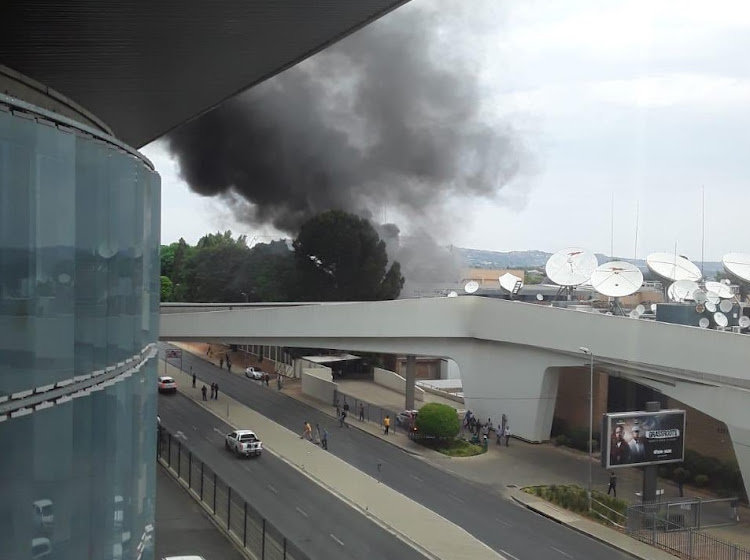 Smoke pours from the MultiChoice offices in Randburg on Tuesday.
Image: Yusuf Abramjee via Twitter

Tuesday's fire at the MultiChoice building in Randburg, Johannesburg, was brought under control around two hours after it started.

According to emergency medical services (EMS) spokesperson Nana Radebe, the fire was contained about 2.30pm.

“The fire was mostly on the ventilation system on the roof of the building. This is not the new MultiChoice building, but the old one - the technical [operations] building," said Radebe.

EMS received the call about the fire around 12.45pm and deployed several fire trucks to the scene.

Footage of the fire circulating on social media on Tuesday showed thick plumes of smoke rising into the sky.

No injuries were reported and the building was safely evacuated.

Following the dousing of the flames, Radebe said the building was still safe to use.

Staff at MultiChoice’s Mnet Magic Centre offices in Randburg were evacuated from their offices on Tuesday after a fire broke out.
News
1 year ago

Two people died after a fire broke out in Nyanga in the early hours of Sunday morning, the City of Cape Town’s fire and rescue services said.
News
1 year ago
Next Article