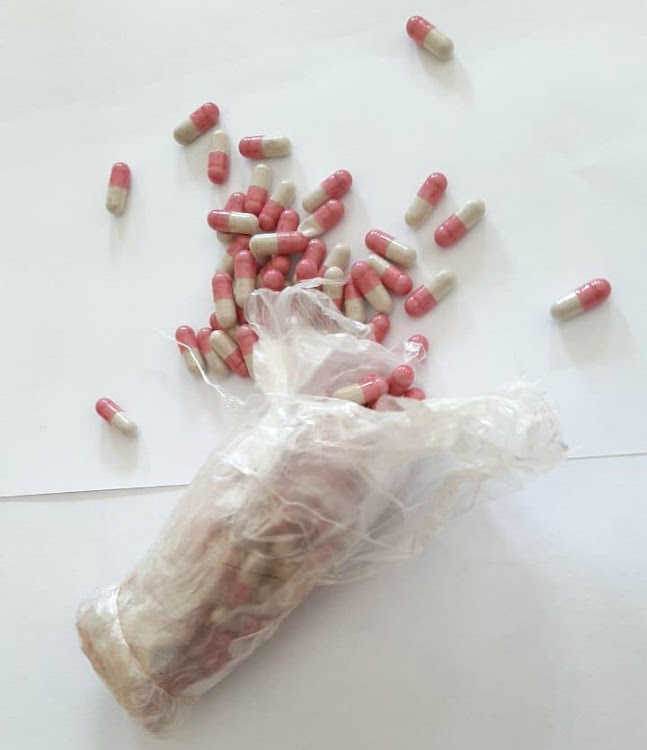 A woman was arrested for allegedly attempting to smuggle drugs into a Durban correctional service facility.
Image: SUPPLIED

The department of correctional services has warned the public against smuggling contraband into prisons, after a woman was arrested for alleged possession of drugs at a Durban facility at the weekend.

“This comes after a visitor was arrested [on Sunday] for attempting to smuggle 200 drug capsules hidden in her underwear at the Durban Correctional Centre,” said correctional services spokesperson Singabakho Nxumalo.

“This is a second incident in a space of two weeks at the same facility, signalling such perpetual behaviour from the public that must be condemned.”

He said the department had been applying different methods in its drive to prevent contraband entering correctional centres.

“This is to counter and be ahead of traffickers who disguise as visitors, employing creative tactics in their trade,” said Nxumalo.

In another incident, two men were arrested at St Albans Prison in Port Elizabeth on Sunday, after being caught with dagga, a cellphone, knife and two cellphone chargers.

“DCS will continue to place special emphasis on security measures in correctional centres, with increased visibility and involvement of managers at all levels in operational activities.

“The public is urged to play their part by not helping offenders perpetuate further crimes through smuggling,” Nxumalo said.

The Hawks arrested four men for dealing in drugs during a raid in Hillbrow.
News
2 years ago

Boy, 4, returns to SA after mom arrested for drug possession in Mauritius

A four-year-old South African boy who was travelling with his mother when she was arrested for alleged drug possession in Mauritius last month has ...
News
2 years ago
Next Article