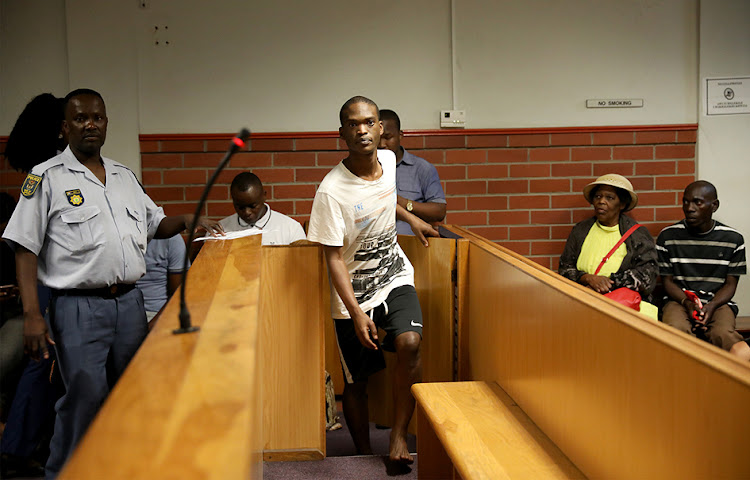 A University of KwaZulu-Natal student, Khanyile Nzimande, told the Pinetown magistrate's court, where he appeared for allegedly killing his room-mate, that it wasn't fair that his family weren't present.

The student is charged with the murder of BCom student Simukelo Zondi, whose burnt remains were discovered in a bush at the university's Westville campus at the weekend.

When asked by the magistrate who would represent him, a barefoot Nzimande said police had denied him the right to call his family to discuss his legal representation.

“How do I end up in court without my family being informed? How is that possible? Is that a fair game? That's not a fair game, " Nzimande said.

#KhayelihleNzimande the UKZN student accused of killing fellow student #SimukeloZondi says that he has not been allowed to speak to his family since he was arrested and lashed out at the Magistrate #UKZNKilling @TimesLIVE @yasantha pic.twitter.com/i0lewEsJQI

The matter temporarily stood down for Nzimande to speak to an elderly man, who was a family member.

Once the matter resumed, the magistrate explained to Nzimande that he would be kept in police custody while further investigations and address verification, for the purpose of bail, would be done.

"How long will the investigation take? " asked Nzimande.

His matter will be back in court on October 21.

The court appearance comes after a video has been doing the rounds in which Nzimande is seen in the university's risk management services office. In the video he tells security officers that Zondi died because he was a "zombie" and involved in witchcraft.

Following Zondi's death, UKZN suspended lectures for half the day on Monday.

"Suspending the programme will allow staff and students from UKZN to meet the family, and staff, and students will be free to seek assistance and support from one another in dealing with their own questions and concerns around how we got to this point as a community, and to deal with their personal grief, " the university said in a communique to staff and students.

Students are expected to hold a march for Zondi on Monday.

#UKZNKilling YOU HAVE TO SEE THIS: Nzimande who is accused of the murder of UKZN student, Simukelo Zondi stops court proceedings to ask where his family is and why police haven’t informed them of his appearance. He screams out “Idiots, Idiots.” pic.twitter.com/zTyzlkMK0r

Police have arrested a second suspect believed to be involved in the murder of Shaun Douglas Chabalala, who was pushed from the 7th floor of a block ...
News
2 years ago
Next Article