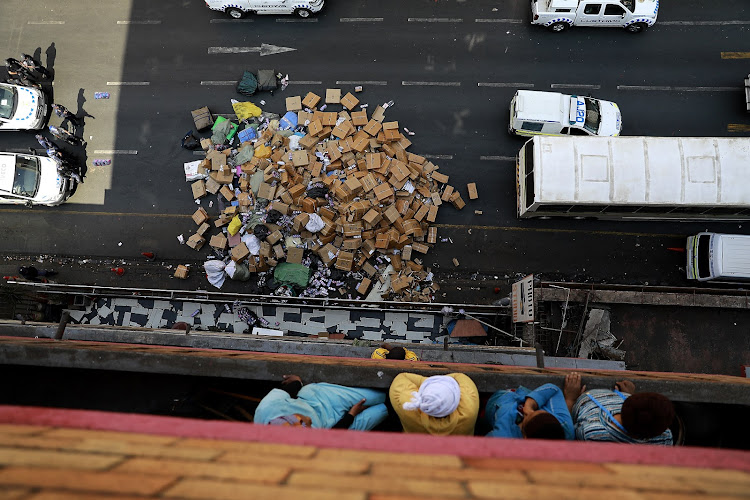 Truckloads of counterfeit goods were confiscated in the Johannesburg CBD earlier this year.
Image: ALON SKUY

Police confiscated counterfeit goods worth more than R14.2m from the China Multiplex storage facility in Johannesburg at the weekend.

On Thursday, police confiscated sanitary towels and fake running shoes, worth an estimated R12m, from a storage facility in Sandringham.

The day before, sanitary towels, worth an estimated R5m, were found in a Toyota Quantum in Cleveland.

“While we acknowledge that we are not yet where we would like to be, it is important to commend the joint operations by the integrated law-enforcement agencies, in partnership with brand holders, that will ultimately see law and order restored in our province,” Gauteng provincial police commissioner Lt-Gen Elias Mawela said.

Johannesburg mayor Herman Mashaba says his biggest fear about the future of South Africa is the “lack of consequences for real criminals”.
News
2 years ago
Next Article