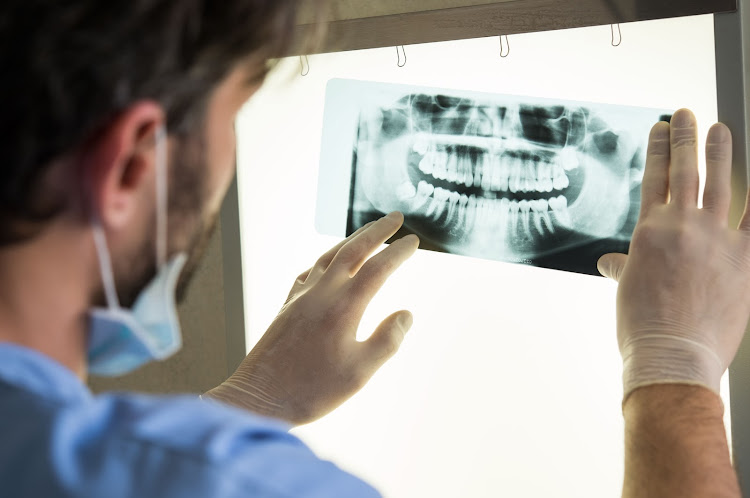 Police said three people were arrested at the weekend for running a fake dental practice in Springs.
Image: 123RF / rido

Three unqualified people who were running an illegal dental practice in Springs, Ekurhuleni, were among those arrested at the weekend, Gauteng police said.

“Several exhibits, including a fake dental practitioner’s certificate and equipment used at the surgery, were seized. The owner of the surgery, suspected to be a foreign national, was not at the scene and police are still looking for him,” said Peters.

The three were charged with fraud and contravention of the Health Professions Act.

Three police officers were also arrested at the weekend.

One of them, a constable, was linked to a hijacking in Mamelodi, Peters said.

“[He is] likely be charged with perjury after he reported a case of attempted murder when he was allegedly injured on the leg during a scuffle with a victim of hijacking.

“Initially he claimed he had been shot by a suspect who may have tried to hijack him. At a later stage, he was identified at the hospital as one of the suspects who had hijacked a Toyota minibus in Mamelodi. He was arrested at the Pholosong Hospital, where he had booked himself for treatment. He was off-duty at the time of the incident,” said Peters.

Two other officers were arrested, allegedly for stealing a bag of cement.

Peters said the pair from Randfontein were arrested for theft of cement and assault of a security guard at the Afri-Village business premises.

“It is alleged  they entered the business premises while they were on duty. Inside the premises, they allegedly stole a bag of cement. A security guard who confronted them at the gate was allegedly assaulted,” Peters said.

DRC national has no qualifications
News
3 years ago

Six suspected bogus doctors have been arrested in the Johannesburg city centre‚ in connection with health certificates issued to unfit drivers.Two ...
News
4 years ago
Next Article