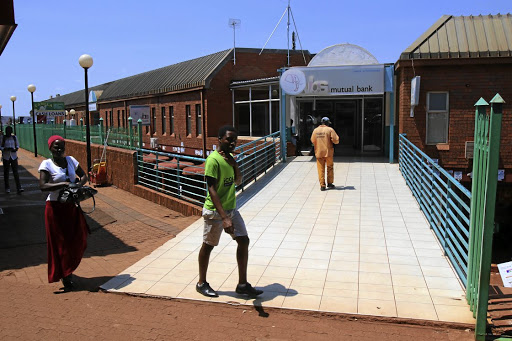 The Hawks' investigations into the mass looting of the VBS Mutual Bank is at a "critical stage", with arrests imminent.

This is according to the police's elite investigating unit's spokesperson Hangwani Mulaudzi, who told Sowetan yesterday their investigation into the looting of the bank was very complex.

It has, however, been more than a year since a report on the large-scale looting at the bank was released, and there are yet to be any arrests.

The report titled "The Great Bank Heist" exposed how the bank was defrauded of almost R2bn through a well-orchestrated scheme that benefitted more than 50 individuals, some receiving up to R325m.

In releasing the report , its author, advocate Terry Motau, recommended that immediate criminal charges be pursued against those who were implicated.

Mulaudzi described their investigation into VBS Mutual Bank as difficult and said they had to undertake their own probe because they could not rely on Motau's report.

"It should be noted that the report was based on interviews against the so-called suspects and there were no statements that were collected during that time.

"So, it remains as a source document and it did not conform to the Criminal Procedure Act," said Mulaudzi.

"The arrests can only be effected once investigations have been completed. There are different legs in terms of the investigations, so we are not looking at one docket and then putting everything into one, they are dissected."

He said the SA Reserve Bank, the complainant in the matter, had no complaint about the progress the Hawks were making. National Prosecuting Authority (NPA) boss Shamila Batohi on Monday received an update on the progress of the investigations.

Sowetan understands that Batohi met with the Hawks head Godfrey Lebeya on Monday to discuss high-level cases including the VBS case.

The Reserve Bank said yesterday: "The SARB has implemented all of the recommendations in the Motau report. We have submitted a criminal complaint to the SAPS's Directorate of Priority Crime Investigation (DPCI)."

There is no truth in our politicians.
Opinion
2 years ago

It referred all questions to the Hawks.

The NPA said that "prosecution processes were complex and take time", that they "cannot be pre-empted by preconceived time-frames" and that the "matters are receiving attention".

The report found that the biggest benefactor and kingpin was former VBS Bank chairperson Tshifhiwa Matodzi who, through various companies, laundered money stolen from the bank to the tune of R325m. It was reported in March that his house would go under the hammer.

Rooplal was tasked with recovering all the money that was looted from the bank and has so far attached movable and immovable properties from the benefactors.

He has attached helicopters, luxury cars and mansions bought with monies stolen from the bank.