Yet another reprieve for Dudu Myeni in her 'delinquency' matter 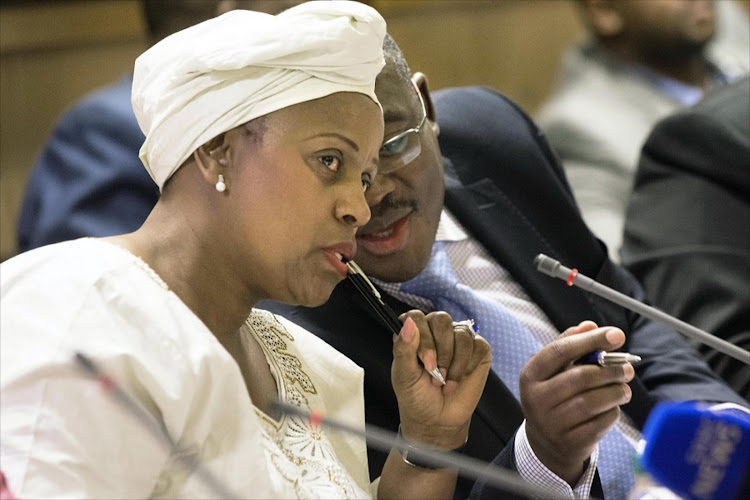 The judge in the Dudu Myeni matter says the hearing can proceed without her being present.
Image: TREVOR SAMSON

Former SAA chairperson Dudu Myeni was given another reprieve on Thursday when the high court in Pretoria postponed an application to have her declared a delinquent director.

The Organisation Undoing Tax Abuse (Outa) and the SAA Pilots Association (Saapa) brought the application in March 2017 and the case was due to be heard from the beginning of this week.

However, there was no appearance from Myeni's lawyers on Monday, forcing judge Ronel Tolmay to postpone the matter for a day. On Tuesday, an attorney for Myeni informed the court that Myeni was trying to arrange funding for legal representation. Tolmay moved the matter until this Thursday, when advocate Nqabayethu Buthelezi again sought a postponement to prepare Myeni's defence.

Although Buthelezi had asked for a longer period to prepare, Tolmay suggested that Outa and Saapa present the list of the first few witnesses they intended to call when the matter sits on the week beginning October 21.

Dudu Myeni has been in the spotlight recently for not appearing in court in the delinquent director case brought against her by the Organisation Undoing Tax Abuse (Outa) and the SA Airways Pilots' Assocition (Saapa).

Former SA Airways (SAA) chair Dudu Myeni failed to appear in court in Pretoria for the delinquent director case against her on Tuesday, for the ...
News
2 years ago

The Organisation Undoing Tax Abuse (Outa) says former SAA chair Dudu Myeni should back up her claim that she could not afford to attend the case to ...
News
2 years ago

Another hearing of the matter will be towards the end of November.

“This matter, one way or another will proceed this term,” Tolmay said.

The court also heard that Myeni intended to bring “interlocutory applications” before the matter could start.

These applications should be disposed of before the case got under way.

Tolmay ordered Myeni's lawyers to inform Outa and Saapa early next week of the interlocutory applications they intend to bring.

The judge said a pretrial meeting would be held next week to define issues the court will deal with when the matter resumes on October 21.

Tolmay said the court, which was sitting as a civil court, could not issue a warrant of arrest if Myeni was not represented.

“If she terminates your services, this matter can proceed without her,” Tolmay said.