One in seven plants and animals in SA threatened with extinction: report 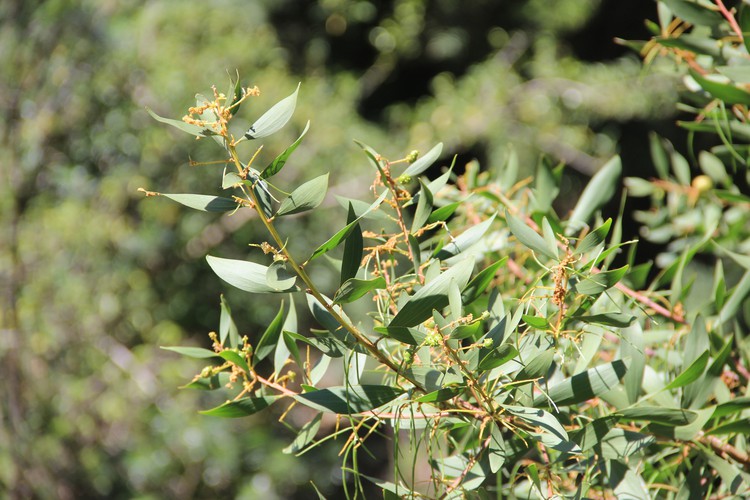 Acacia saligna (Port Jackson) is one of the invasive species which are a burden on SA’s biodiversity.
Image: Madison Yauger / GroundUp

One in seven of the thousands of plants and animals assessed by the SA National Biodiversity Institute (SANBI) in its latest four-year study is threatened with extinction.

In its report, released on October 2, SANBI found that well over 3,000 of the 23,312 indigenous species assessed have the potential to become extinct if nothing changes.

The creation of protected areas has helped protect biodiversity: 63% of plants are categorised as well protected (based on a random sample of 900 species) and 63% of mammals, reptiles, birds, amphibians, freshwater fishes and butterflies are too.

But of the 2,911 animals assessed, 12% are still threatened. And the scientists assessed all 20,401 plants and found that 14% were categorised as threatened.

The primary threats to SA’s biodiversity are in the wetlands and estuaries, which are the least protected ecosystems in SA.

Given SA’s water insecurity, these areas should be considered a top priority.

17-year-old Ayakha Melithafa is one of the 16 teenage petitioners who presented a landmark grievance to the United Nations to protest the lack of ...
News
2 years ago

Invasive alien plants that take up residence in these areas, absorbing large amounts of a perpetually shrinking water supply, are a huge burden on SA’s biodiversity.

“Over 2,000 alien species have become established in SA and at least a third of these have become invasive,” the report says.

“Of these, 107 species (mostly plants), are having a severe impact on both biodiversity and human wellbeing. Biological invasions are major pressures on biodiversity assets and ecological infrastructure in all realms, impacting on water and food security.

“Invasive trees and shrubs reduce surface water resources by between 3% and 5%, and threaten up to 30% of the water supply of cities like Cape Town and Port Elizabeth. Invasive alien plants also reduce the capacity of natural rangelands to support livestock production, thereby threatening rural livelihoods and food production.”

In an article in May 2018 highlighting the importance of invasive alien plant removal in Cape Town, scientists Jasper Slingsby and Mark Botha urged the City of Cape Town to increase spending on clearing invasive species from catchment areas as a cheap and environmentally-friendly solution to increase water security.

Mayco member for water and waste Xanthea Limberg said the city had prioritised the clearing of the catchment areas of the Atlantis Aquifer, and the Steenbras and Wemmershoek Dams. This included the removal of existing pine plantations and eucalyptus stands.

At the same time they are cutting aid to poor countries that served to help them where they are instead of migrating to other countries in ...
Opinion
2 years ago

“However,” she told GroundUp, “much of the catchment is either privately-owned, or is under the jurisdiction of other government entities. As such, the City of Cape Town is working with other government agencies and stakeholders to mobilise resources around the common goal of restoring the surface water catchments and aquifers that supply our water.

“It is estimated that clearing alien vegetation could increase the yield of dams by as much as 55-million litres per day, as outlined in the City of Cape Town Water Strategy.”

Another programme created to address these problems is the Invasive Species Unit, which relies on the public to spot and report sightings of invasive species such as variations of Australian acacia.

The city also appoints people under the Expanded Public Works Programme in the Biodiversity Management Branch.

“The programme aims to provide opportunities for 30 young professionals to acquire the necessary skills, experience and exposure in the environmental management sector, specifically the management of invasive species,” says Marian Nieuwoudt, the city’s mayoral committee member for spatial planning and environment.

From July 2018 to June 2019, “19 out of 25 vacancies in the Biodiversity Management Branch were filled with individuals from the EPWP and the skills development programmes”.

The SANBI report acknowledges some of these strategies, but maintains that more can and should be done.

“Although some successes in the management of biological invasions have been achieved, the adoption of a national strategy for managing biological invasions, improved project-level planning for prevention and management, and enhanced spatially explicit data will greatly increase effectiveness of current efforts.”

In all, biodiversity initiatives have created an estimated 418,000 jobs and generated over R30bn annually in tourism, the report says. Funding for biodiversity has increased. SANBI funding increased from R325.8m to R344.1m, with overall funding to environmental programmes increasing from R3.9bn to R4.1bn between the 2019 budget and the 2020 budget.