University students and prisoners study together in Ubuntu pilot project 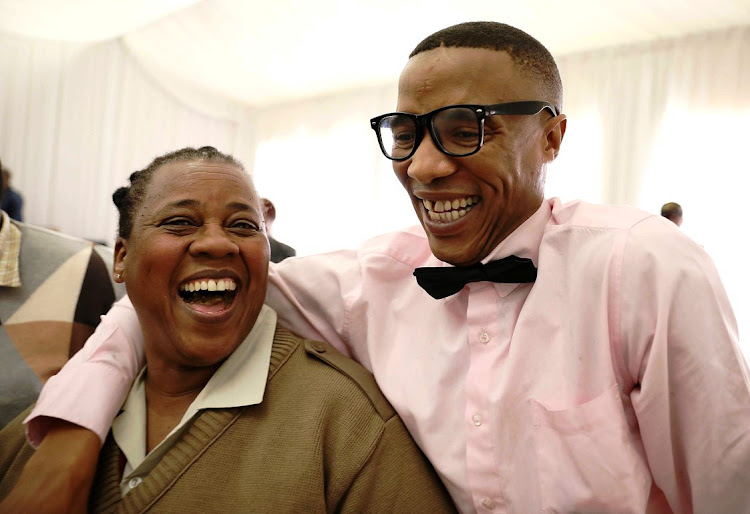 Prisoner Lubabalo Fongoqa celebrates his achievement with centre official, Ntombi Makwasa, at the end of course celebration at the Brandvlei prison on October 8 2019.
Image: Esa Alexander

Western Cape prisoners who benefited from an "intensive short course" offered by Stellenbosch University believe that it will keep them away from crime.

Titled "Ubuntu Learning Short Course", the programme – billed as the first of its kind in SA – entailed bringing the prisoners and the university students to class under one roof.

The initiative, which was piloted at the Brandvlei prison near Worcester, culminated in 15 prisoners and 15 Stellenbosch University students receiving competence certificates accredited by the university on Tuesday.

The event, at the prison, was attended by former public protector Thuli Madonsela.

"The aim of the initiative, the Ubuntu Learning Short Course, is to promote social justice and rehumanise learning through collaboration, community-building and connectedness," the university said.

Awande Mshotana, 24, one of the prisoners serving a 15-year sentence for murder, waxed lyrical about the course. Mshotana is doing his third year in law. He studying through Unisa.

"We were interested (in the course) but had little hope at the time, but everything went smoothly and as planned," said Mshotana.

"It developed me as a person, it developed my character. It's a huge intellectual benefit for me. We had a moot court where we actually wrote legal arguments and presented them. That was a great experience for me in terms of the field I am planning to pursue in future.

"We mixed with outside students, there is no separation between us and them. For me not to reoffend, I was actually trained to sit with the community and get their perspective of what they think of us and also getting the messages and processing them," he said.

The brains behind the course is Dr Mary Nel, a criminal law lecturer at Stellenbosch University.

"I learnt about similar initiatives both in the US and the UK where students in prison and students from campus were studying together.

"And I knew a colleague from the UK and I thought if they can do it, why not us? I started to think about it at the beginning of 2017 already and in 2018 I thought this is definitely something I want to.

"The university partnered with the Prison to College Pipeline in the US to create a SA version of the initiative. We earmarked Brandvlei because it is a unique hub.

"We thought that was a good pilot project for us. I was excited by the challenge and I thought I should take it on, I really thought it is important in SA."

Nel said she wanted to break the misconceptions that society has about prisoners. 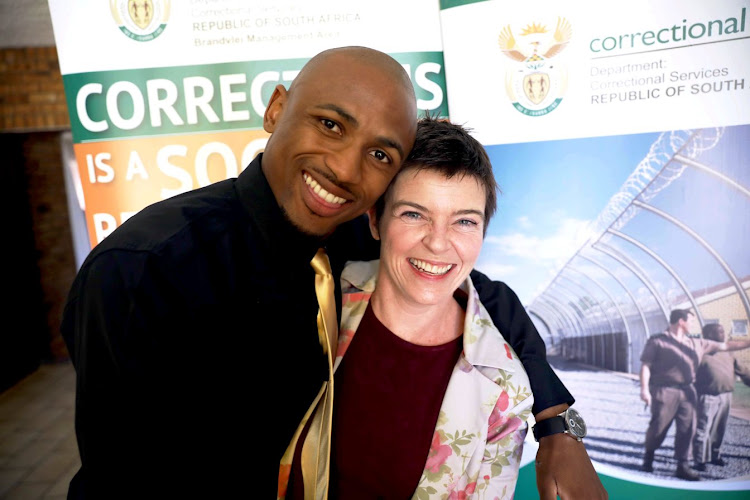 "We always have preconceptions of each other - the snobbish university student and the dangerous criminal - but the minute we meet, talk, learn together and make that human contact, those roles completely go out of the window.

"Then we are just fellow people in a classroom, learning. We were thinking it would take us a long time to break down those barriers but, really, it doesn't,”  said Nel.

"From the first session, we felt comfortable, at ease and we felt happy in the classroom environment. For me as a university lecturer, usually I am standing in front of a class of 300 students  and I can't get to know them.

"I feel, in that sense, the education on campus is dehumanising me as a teacher so here I get a chance to get in touch with what I love to do – which is teaching and knowing the people and seeing how I can help them in a real way."

When prison warders stormed a cell during a raid at Westville prison, they had no idea that the contraband they were trying to root out was directly ...
News
2 years ago

"It's supper important," said Madonsela. "Do you think if we were equally cruel towards those who have wronged society things will be better? I don't say there should be no consequences for wrongful action but rehabilitating those who have missed a step is better because if they are going to come back to society, we need them to integrate properly.