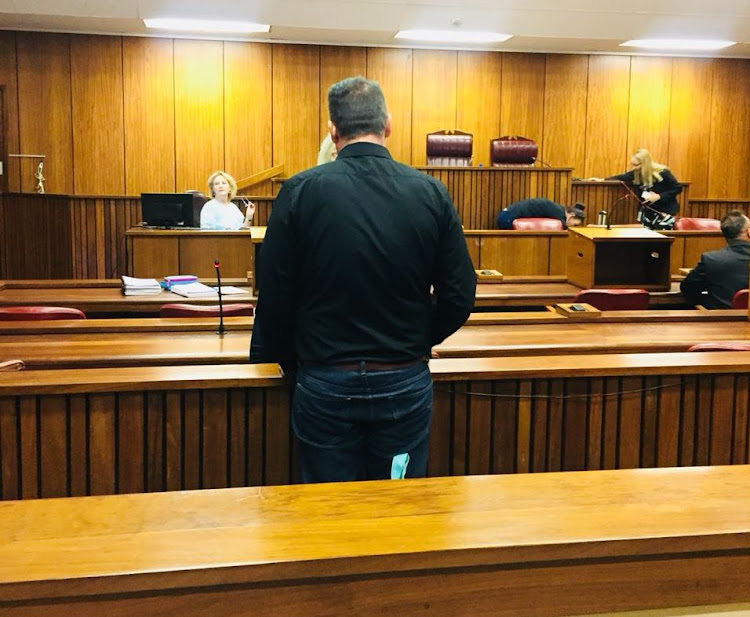 The man dubbed the "Springs monster" was sentenced to an effective 35 years in jail. The parents kept their children locked up in their house, and the father physically abused the children, including burning them with a blowtorch.
Image: Iavan Pijoos

The eldest daughter of the man dubbed the "Springs monster" says she has forgiven her father for the decade-long abuse she and her four siblings suffered at his hands.

“It was a long process, but I forgave him in my matric year last year,” daughter Landi said.

The 21-year-old was speaking about her book, Die Huis van Gruwels, on the Breakfast show with Martin Bester on Jacaranda FM.

The book details how their father abused and terrorised his five children over a decade.

The parents kept their children locked up in their house in Springs‚ east of Johannesburg.

Police arrived at their house in 2014 after the son escaped and ran to a neighbour for help.

The man, who was described as a sadist and psychopath during the court case, was sentenced to an effective 35 years in jail in October last year. His ex-wife and their mother received a five-year suspended sentence.

Landi told Jacaranda FM that her father had more than 30 cameras in the house to watch their every move.

She said they had money, but not for the things they needed in the house.

“It was not normal for us to get clothes or anything.”

The inmate also described how the “monster” found God while behind bars. “He never left his cell without his Bible‚” he said.
News
2 years ago

During the trial, the court heard how Landi’s brother was handcuffed between two pillars and pepper-sprayed. The man would also handcuff the family to a pool table.

At times, he would burn them with a blowtorch.

While they would sit in the bath, her father would put a taser in the water and shock them, Landi said.

“The taser was part of our lives for five years. At times he will shock us until we pass out.”

Landi said they never thought of running away because they thought it was “normal and that's how it's supposed to be”.

“Most of the time I thought we are to be blamed for making him angry and we needed to be punished for it.”

She was between the ages of 15 and 16 when she was first introduced to drugs in the house.

Landi said her lowest point in the house was when she was sexually abused by her father.

“It made me feel very dirty and inferior. It made it worse that it was my father, and it is one of the things I have to work on the hardest. I will have to be open about it in my future relationships.

“I didn’t see a psychologist. God set me free. God gave me forgiveness and healing.”

She said they also blamed her mother for not being there for them and protecting them from the abuse.

“She didn’t play the role of a mother and wasn’t there for us. It is very sad that she did not play a role in her children’s lives and that they don’t know her. I was angry at her because she had to protect us.

“I am in the process of forgiving her. She is still my mother.”

But Landi said there were also happy moments in the house, like when they made tomato jam with their father. Those were the happy and "normal" moments.

“I am very close to being ready to visit him in prison. I want to visit and give him the book and tell him I have forgiven him.”

She said her brother still found it hard to forgive her father.

“It is much more difficult for him because he was hurt badly.”

Landi said she wants to travel the world and start her own somalogic company.

“I want to travel to places like Dubai. I am definitely going to adopt children one day. I want to be the mother and father we never had.”