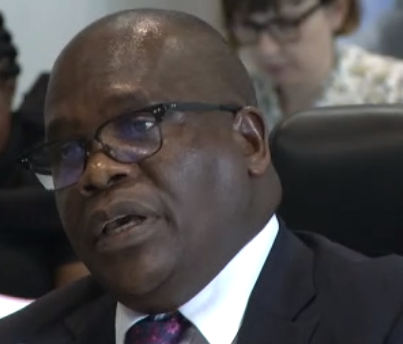 Judge Thifhelimbilu Phanuel Mudau is in the running for the deputy judge president position in Limpopo.
Image: Screengrab / JSC

The Black Lawyers Association (BLA) has expressed its doubts over judge Thifhelimbilu Phanuel Mudau’s candidacy for the position of deputy judge president of the Limpopo division of the high court.

This was revealed by judicial services commissioner Sifiso Msomi, who formed part of the interview panel that interviewed Mudau for the post on Monday.

Msomi said the BLA did not accept Mudau’s candidacy because he had been a judge for only four years, and pointed out that he may lack understanding of the existing challenges at the Limpopo high court.

“That anxiety should be put to rest for the reason that experience is a relative word,” Mudau replied.

Mudau, who is serving as a judge in the Gauteng high court, said that due to the workload, a single term in Gauteng's high court could be equated to a year in any other division.

He highlighted that he had extensive management experience, albeit in lower courts.

Mudau said he had been proactive in keeping abreast of the challenges faced by the Limpopo high court. He said he could add value to the court by implementing structures that would alleviate the problems there.

“Some of the challenges include infrastructure. There are only three courts there,” he said.

EFF leader Julius Malema, who  formed part of the panel, questioned how Mudau would handle the issue of seniority.

Mudau has four years' experience as a judge, having  previously been a magistrate.

Three judges recommended for appointment to the SCA

The JSC made this announcement after it interviewed nine candidates for the three vacancies at the Office of the Chief Justice.
News
4 years ago

Malema pointed out there were judges with more experience than Mudau, and asked how this could be perceived.

“That is no threat,” Mudau said, adding that were numerous incidents when this happened.

He used the example of deputy judge president Phineas Mojapelo, who he said only had four years' experience when he was appointed.

One of Mudau's most notable cases involved the appeal of Vicki Momberg, who was found guilty of crimen injuria following a racial tirade against black police officers and 10111 operators.

Mudau said there was no justifiable reason to interfere with the sentencing discretion of the trial court in this case.

"Even if the court of appeal is of the view that it would have imposed a much lighter sentence, it would not be free to interfere if it were not convinced that the sentencing court could not reasonably have imposed the sentence which it determined," Mudau said in his judgment.

The court previously convicted Momberg on all four charges of crimen injuria and sentenced her to two years’ imprisonment.

Mudau is up against three other judges for the position, namely Gerrit Cornelius Muller,  Arnoldus Mauritius Legodi Phatudi and Moletje George Phatudi.