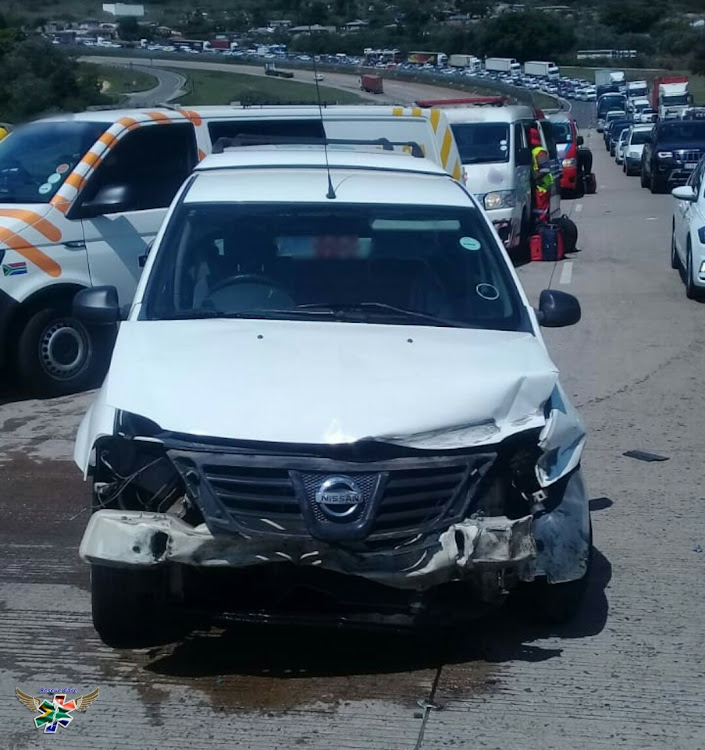 Five people were killed and seven injured in a major accident on the N3 between Durban and PIetermaritzburg on Sunday.
Image: Rescue Care

Five people were killed in what paramedics described as a "horrific" crash on the N3 between Durban and Pietermaritzburg on Sunday.

Two children were among the dead.

Rescue Care spokesman Garrith Jamieson said the accident took place on the north-bound carriageway of the freeway near Hammarsdale at around 11.30am.

Jamieson said there was "chaos" on the scene when paramedics arrived.

"A single vehicle had been involved in a collision while carrying twelve occupants. Patients were strewn across the busy national highway," he said.

Jamieson said that despite the best efforts of paramedics, five passengers died at the scene.

"A further seven occupants had sustained injuries ranging from minor to serious and were stabilised on the scene before being transported to various Durban hospitals for the further care that they required," said Jamieson.

Only one lane was open to traffic as the scene was attended to.

Woman dead after bakkie crashes into wall on Joburg’s M1

A woman was killed on Saturday morning when a bakkie she was travelling in crashed into a wall and large metal post off the M1 north in Booysens‚ ...
News
2 years ago

A car burst into flames on the R102 in Durban on Saturday.
News
2 years ago
Next Article