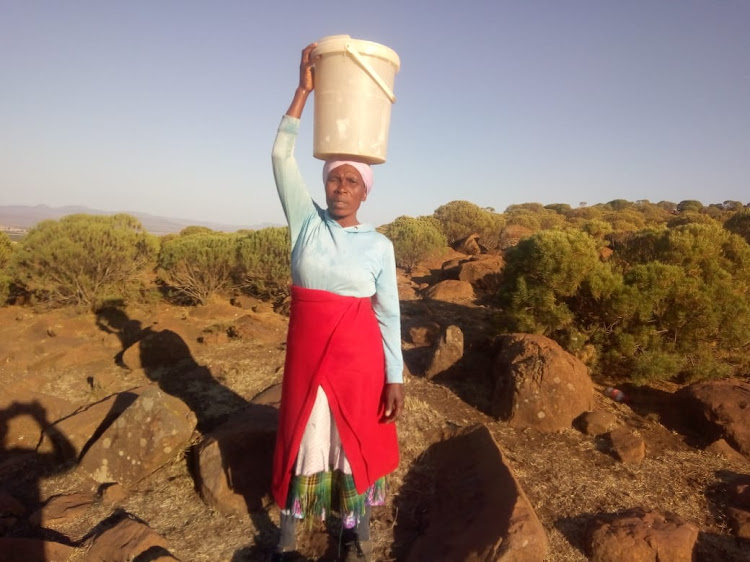 Queenstown in the Eastern Cape might be out of water - if rain does not fall and the Xonxa water project is not finished very soon.

According to Chris Hani District Municipality spokesperson Thobeka Mqamelo, Waterdown dam, the only one supplying this town and Whittlesea, was 28,6% full for the week of September 23.

She said Queenstown last had rain in February, after a long dry spell. The municipality had been “ravaged by the scourge of drought for about 4 years”, she said, and a drought disaster had been declared in 2015.

Zweli Mkhize‚ on behalf of the inter-ministerial task team on drought and water scarcity‚ has announced that the current drought hitting South Africa ...
News
3 years ago

Mqamelo said the supply from Waterdown dam, which is 60km away from Queenstown, was inadequate even before dam levels dwindled. The dam was only intended to augment supplies from Bonkolo dam, which has dried up.

A week ago, this town was out of water for five days, and in some areas like Sandringham residents said water was cut for seven days.

Mqamelo said: “Due to low water levels, the water flow out to our pumping station was alarmingly low, prompting the department of water and sanitation to investigate operation of all chambers in the dam and possible opening of an additional chamber to increase pressure.”

She said this exercise necessitated an outage of water in parts of Whittlesea and Queenstown for about five days. Water trucks had been sent to deliver water to Whittlesea, hospitals and Queenstown areas and a Gift of the Givers team had also intervened.

But some residents in Whittlesea villages and some parts of Queenstown said they didn’t get water.

Nontathu Mahlanya from Ezibeleni Zone D said they were assisted by St Johns Church with water from the church tanks. She said when the water trucks came in to her area only 40 people benefited before the truck ran out of water and left, and never came back.

The Eastern Cape government is ready to roll out the NHI scheme.
News
2 years ago

Another resident, Nosicelo Manku from Mabuyaze township, said in her area now they only get water for an hour a day.

She said the municipality has issued a schedule of times for water, but it was not adhered to.

“I wish you can be here when water comes back, the way we shout and race to the taps. This is not normal and the municipality is dragging its feet finishing the Xonxa dam water project. All we hear is empty promises and that dam was supposed to be finished two years ago,” she said.

About the Xonxa dam, Mqamelo said some components had failed and were being repaired. “We hope that the project will be operational in no time.”

Meanwhile residents in Cofimvaba Bolokodlela village outside Queenstown have been without water for almost a month.

Another Chris Hani District Municipality spokesperson, Lonwabo Kowa, said a pipe supplying water to the area had burst. He said the pipe had been fixed on September 24. But the area still has no water.

Residents said the problem in this village started four months ago when the water supply ran only at night for two hours. Some residents said they used to sleep next to the standpipe taps waiting for clean water.

However, since September 4, taps have been dry. Residents are using dirty water from canals, while some are getting water from a small river in the area.

Resident Nomasiyephi Booi told GroundUp that she walks 45 minutes to fetch water from the nearby river, carrying a 20-litre bucket.

“The water we are getting is not clean but what other choice do we have? We need water to cook and drink,” said Booi.

“I guess this is the thanks we are getting from our government for voting. Even if we had money to buy water, town is very far from here and going to town costs more than R50.

"When we ask we get different answers. Some officials said we are affected by drought, while others said a pipe supplying water to our scheme burst.”

More than 250‚000 residents in the Eastern Cape town of Butterworth face the possibility of their taps running dry this week. Dams supplying the town ...
News
4 years ago
Next Article