Security guards to go on strike after talks collapse 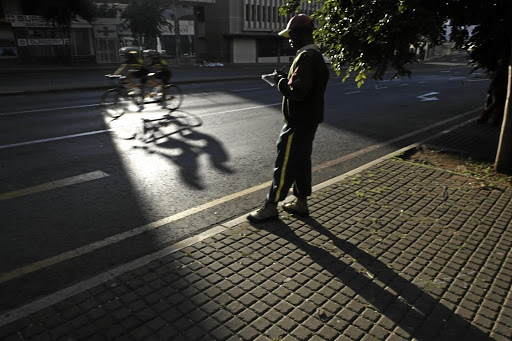 Security guards who earn between R4,300 and just over R5,000 are demanding that they be paid between R7,500 and R8,500 a month.
Image: LEBOHANG MASHILOANE

Unions representing security guards yesterday declared a dispute after a mediation process with employers failed to reach an agreement.

"It was clear to us that employers were not prepared to seize the moment to avert the strike. At the time of departure, about 10 in the evening, we were at 5%, which we rejected in (the) strongest terms. We believe security officers deserve much more (pay) than that," Ntshangase said.

He added: "We've officially deadlocked. Today [yesterday] we are declaring a dispute with the CCMA for a strike certificate for a better offer. Workers are very clear. They are saying this time they want a better deal."

Unions in the sector have now threatened a full-blown strike after similar wage negotiations collapsed with employers on September 19.

Unions representing security guards have urged the government to intervene in their protracted mediation process with their employers to avoid a ...
News
2 years ago

The employer first offered 1.1%, which translated to 23 cents per hour across the board.

Ntshangase said unions could not negotiate on percentages as it would not deliver meaningful changes in salaries that security guards earn.

About 420,000 workers could now down tools if a certificate for strike is granted.

In 2006, more than 60 people were killed during a six-month-long security industry strike.