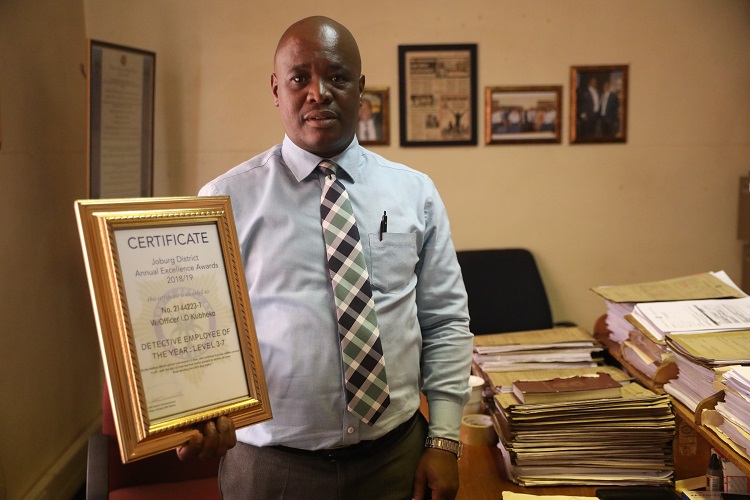 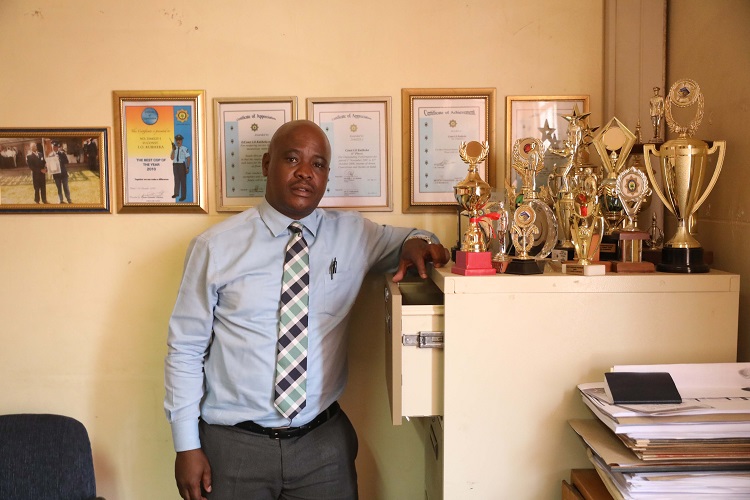 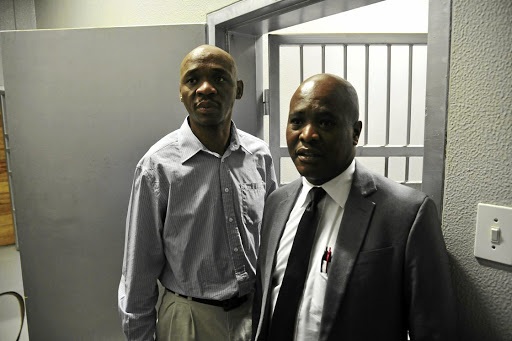 Oupa Kubheka has become the first officer to walk away with the prestigious Johannesburg District Detective of the Year Award, beating hundreds of investigating officers to the accolade.

Kubheka, who has been part of the police service for 15 years, was happy to have been selected as the top detective in a district with40 police stations for the 2018/2019 financial year.

"I am passionate about investigations, but it's not always easy. Sometimes you find that suspects walk free because witnesses are reluctant to give information or do not want to testify.

Donald and Dolly were 'love at first sight'

"At times I find that the system itself is working against me; where I and the courts have to wait for DNA or ballistic results from the labs and that can take long," he said.

Kubheka speaks with pride and joy about police matters that fall within his framework and hopes he can make a difference in the lives of victims of crime.

"I've never taken sick leave since I became an officer in 2005. I enjoy my job and
often go beyond the call of duty. I work double shifts and do not see my family sometimes because I spend a lot of my time at work," said Kubheka.

The 41-year-old completed his diploma in policing in 2014. He recently completed a B-Tech and will graduate soon.

"I am excited about it. It's a lot of hard work. One has to balance work and education," he said.

Asked whether he had ambitions of elevating through the police ranks, Kubheka said: "I will serve wherever I am deployed. I do not harbour ambitions of working at provincial level or national level.

Prosecution wraps up its case against Donald Sebolai

The prosecution is confident that it has done enough to prove that former Jozi FM DJ Donald “DJ Donald Duck” Sebolai murdered his girlfriend. ...
News
6 years ago

"If my superiors decide to send me to a rural area, I will go. I just need resources and that's it," he said.

He is keen on cracking gender-based violence crimes and putting women and children abusers behind bars.

"Looking at the high number of women who are killed by their partners, I know that I can make a difference in society. I want to play a role in eradicating this crime and that's one of the reasons I became a police officer," he said.

Kubheka's office, which is situated on the first floor of the Jabulani police station, has a desk which contains countless neatly stacked dockets.

While walking to his office, Kubheka's colleagues and superiors were full of praise, congratulating him on the accolade he won.

The corner of his office boasts numerous trophies that bear testament to hard work and his success rate.

Khubeka has also been chosen as the detective of the year, every year since 2006, at station level. The soft-spoken officer was also handed the Commissioner's Special Award in 2016 by former acting national police commissioner Kgomotso Phahlane and promoted from the rank of constable to a warrant officer.

He was also the 2016 best detective for the Moroka cluster and first runner-up a year later.

His normal day consists of looking at new cases to be investigated; ensuring that his suspects are present at either the Protea magistrate's or the South Gauteng high courts.

Kubheka is a family oriented man who enjoys spending time with his wife and nine-year-old daughter.

"Aside from that, I enjoy going to the stadium to watch Orlando Pirates play. Even though they are not doing that well right now," he said.

Top cop with heart in the right place

Some of those he nailed:

Some of the cases that top detective Oupa Kubheka has successfully investigated and that led to conviction include that of Musa Gilbert Cindi.

Cindi was this year found guilty of shooting and killing Grant Mtolo in March 2016.

Cindi followed Mtolo, his mother Ethol and his brother Percy from a bank in Soweto to SCS Funeral Services in Zola. There he shot and robbed them of R23,000 which they had withdrawn from the bank to pay for funeral arrangements of Mtolo's sister Lindiwe. Mtolo succumbed to his injuries days later. Ethol and Percy were both injured.

Cindi got life for murder, 20 years for robbery and a combined 16 years for two attempted murders.

Kubheka's hard work also led to the conviction of Jozi FM DJ Donald Sebolai, who killed his girlfriend Dolly Tshabalala. He was sentenced to 20 years imprisonment.

Kubheka also got a conviction in the case of Pardon Moyo, Mandlenkosi Dube and Bonani Nyathi, who were found guilty of the murder of Nkululeko Mhlonto, who was shot dead for refusing to give them beer at a party in Zola in 2017. They were handed life sentences.

The suspected middleman in the murder of Cape Town lawyer Pete Mihalik called the investigating officer in the case a liar and accused him of perjury ...
News
2 years ago

Four traffic officers and two SAPS members have been arrested in Limpopo for allegedly taking bribes from motorists over the festive season.
News
2 years ago
Next Article