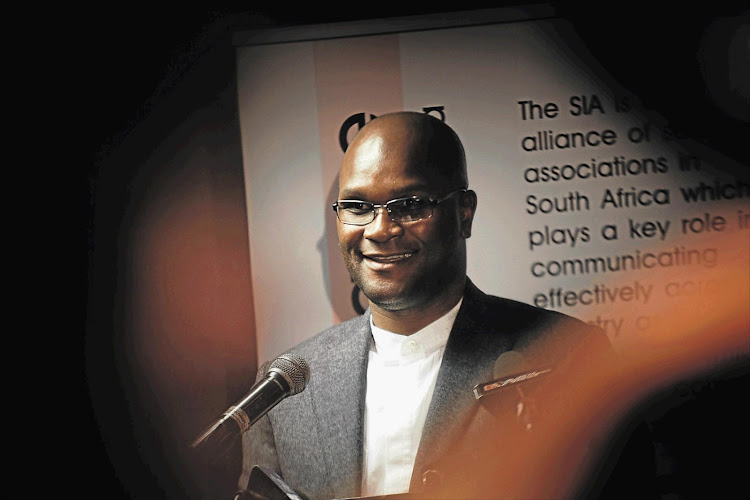 The state capture inquiry heard on Wednesday that security renovations were done to the private residence of sports, arts and culture minister Nathi Mthethwa when he was police minister in 2009 - and the money came from a Crime Intelligence secret service account.

Crime Intelligence officer Col Dhanajaya Naidoo - now in witness protection - told the inquiry that he made three claims from the secret service account for funds used to pay for the construction of a boundary wall at Mthethwa's home in Kwambonambi, KwaZulu-Natal.

He said the total amount he withdrew was just under R200,000.

"I was informed by [Solomon Lazarus, who was in charge of the secret service account] that we needed to do upgrades to [Mthethwa's] house. It was for a boundary wall on the perimeter of the residence."

Naidoo said he travelled to the province to meet a Crime Intelligence agent who was tasked to oversee the home upgrade.

Sports, arts and culture minister Nathi Mthethwa allegedly received an almost R200,000 upgrade to his private KwaZulu-Natal residence in 2010 when he ...
News
2 years ago

"This was purely to familiarise the agent with where the property was and what needed to be done," he said.

Naidoo claimed on Tuesday that Mthethwa was also gifted a lavish Mercedes, purchased through the secret service account. He said he delivered the car personally to Mthethwa's Pretoria residence.

"This vehicle was specifically purchased for use by Nathi Mthethwa who was minister of police. Myself and FM11 [a crime intelligence official whose name has been redacted to protect his identity] delivered this vehicle to his residence in Pretoria. It was registered in the name of FM11," said Naidoo.

"The minister utilised this vehicle for a few months. I remember this because [Richard] Mdluli instructed me to pick up the vehicle from the minister's house as the minister informed him he no longer wanted to make use of this vehicle because journalists were following him."

Mthethwa issued a statement saying that he planned to sue for defamation.

The statement said that when the matter was first reported in 2012, the office of the auditor general was required to investigate and found there was no evidence that he  knew that the wall was being erected using secret service funds.