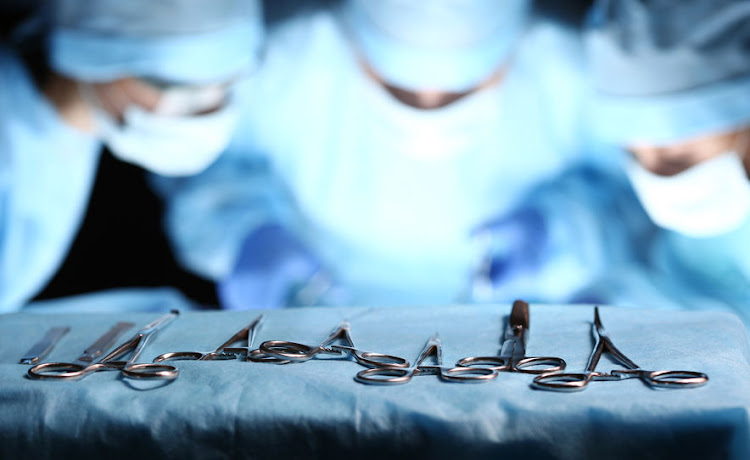 Health consumers are disempowered and have to choose between 22 medical aid schemes and more than 100 benefit options.

The average private medical aid user does not know that medical brokers charge monthly fees, hidden in the premium, and are supposed to offer continual service.

Unlike other consumer goods, such as a phone or car, where a buyer chooses one based on its price and quality, people buy heath care blindly. They don’t know what they are getting.

These are some of the findings of a six-year inquiry by the Competition Commission into competition, or lack thereof, in SA's private health-care industry.

The Health Care Market Inquiry started in 2014 and released its findings in Johannesburg on Monday.

Former chief justice Sandile Ngcobo, who headed a five-member panel, joked that he had been told it would last only two years.

Radiographers take X-rays and apply radioactive substances or ultrasound to patients for diagnostic and therapeutic purposes.
SebenzaLIVE
2 years ago

It had been gazetted to take two years, but took more than 18 months to get information from private hospital groups, doctors, medical aid schemes and administrators, he said.

“The inability of consumers to easily compare options means they do not readily switch schemes to better options from rivals.

“Schemes have no pressure to compete on price, consumer metrics and offer [better] products.”

The commission recommended a single standardised medical aid option. It also proposed that brokers be paid on an opt-in basis for medical aid members who want them.

It also found that the private sector was designed to drive up use and spend on health care.

Johannesburg’s Charlotte Maxeke hospital had to reschedule non emergency surgeries last week due to shortages of supplies.
News
2 years ago

Doctors or therapists got paid for every treatment, appointment and procedure performed during an appointment or surgery, whereas overseas they were often paid per overall surgery or procedure..

This is called “fee for service” and it incentivises health professionals to schedule extra tests or appointments, as it means more pay.

Panellist and public health professor Sharon Fonn said even as doctors tried to be innovative, with pricing and services moving away from “fee for service”, medical aids were slow to work with them.

Ncgobo said private sector prices were reaching “levels only a minority of South Africans could afford”.

The inquiry was pushed by former health minister Aaron Motsoaledi’s concern about the growing cost of private health care.

Many of the findings related to problems with regulation in the private sector.

However, it found many of the market failures that drove up prices or left consumers powerless were as a result of poor legislation.

Ngcobo said there had been “inadequate stewardship” in the department of health.

“There is failure to hold regulators sufficiently accountable [and], as a consequence, the private sector is neither efficient nor sufficiently competitive. In our view, a competitive sector will result in lower costs and prices.”

Ncgobo also complained that the state sector did not have “consistent quality” and couldn't provide competition to private hospitals, which would drive down costs.

He spoke of laws governing medical aids that were incomplete and drove up costs.

Panellist Dr Ntuthuko Bhengu gave another example of poor state regulations, saying provinces didn’t know how many licences they had issued for hospitals to be built.

He said of the 400 provincial licences issued for KwaZulu-Natal hospitals, almost 90% “are sitting with people who don’t have capacity to convert them to businesses”.

The state's top legal minds have given the proposed National Health Insurance bill their stamp of approval in terms of its constitutionality.
News
2 years ago

One of the major proposals of the inquiry was a supply-side regulator to manage how many hospitals there were in an area.

This after the commission found that wherever there were more specialists in an area, there was a greater number of hospital admissions, resulting in over-use of private hospitals. This is called supplier-induced demand.

She noted that the rate of caesarean sections in the private sector was way above the global average, driving up costs for everyone.

“If everyone is using the health sector more, all of us pay. I might go 15 times for extra [appointments] and everyone’s contribution goes up to cover excess care.”

The findings also noted that the Discovery administrator, which manages 56% of open medical aids, had profits that were “multiples” of their competitors.

Ngcobo said: “They have a degree of market power [that] gives them an ability to control prices ... and maximise fees.”