New IFP leader knows he has a mountain to climb 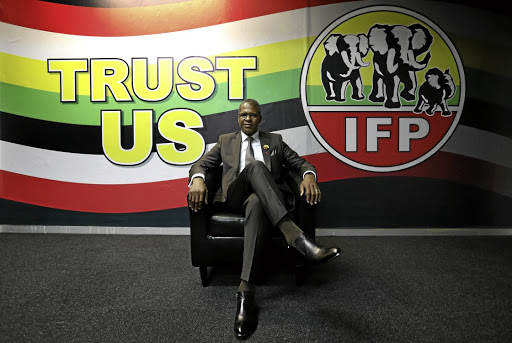 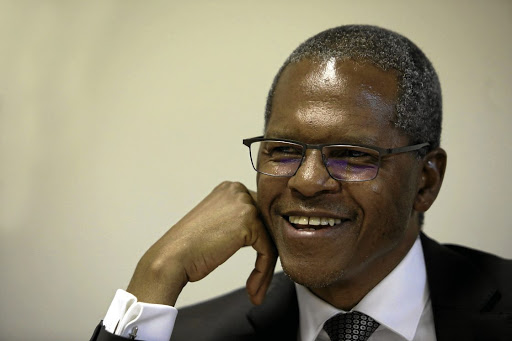 Velenkosini Hlabisa taught history in high school before politics took over his life.

The newly elected IFP leader was a teacher at Nomathiya High School in KwaZulu-Natal between 1987 and 1992. He later moved to Ngebeze High School, also in KZN, where he taught until 1996.

He was born in eMpembeni village into a poor family and attended school in Mtubatuba. He is the first-born of 10 children.

Hlabisa, who joined the IFP Youth Brigade in 1978, aged 14, wanted to be a lawyer but chose teaching as he needed a career that would enable him to quickly find employment and support his family.

The 55-year-old obtained an education degree (B Paed) from the University of Zululand and a Bachelor of Arts degree from University of South Africa.

"My family background made me to rather go for a job that will quickly make me find employment and support my family. To be a lawyer I would have had to do articles and chances of getting employment with permanent salary were small. I had to go for the second choice," he said.

Last month, Hlabisa was elected the new leader of the IFP - taking over from Prince Mangosuthu Buthelezi who had led the party for 44 years.

He had recently served as the secretary-general of the party.

Hlabisa arrived at the Sowetan offices for the interview last week accompanied by four men - two of whom were his bodyguards. Throughout the interview the guards kept a close watch outside the boardroom, refusing to join us inside.

A soft-spoken Hlabisa said he had gained enough experience to lead the IFP.

"I was very clear about what was expected of me. I know all the challenges and the opportunities that the party has. I was nominated in 2017. I had anticipated what was going to happen. I thought ahead that should the time come that the conference says I lead the party, what will be the key things I will need to tackle," Hlabisa said.

But he is inheriting a party that is a shadow of its former self. The party has been in constant decline since the 1994 general elections, when it last enjoyed the second-largest electoral support after the ANC.

However, the May general elections have given the IFP hope again after its support grew for the very first time in democratic SA from 2.40% in the previous elections to 3.38%.

Prior to this, the IFP had also suffered two splits with the departure of Zanele KaMagwaza-Msibi to form the National Freedom Party and Ziba Jiyane, who formed the National Democratic Convention.

Hlabisa, who served the IFP in various roles before being elected KwaZulu-Natal secretary in 2012, said he knew all about the party's problems.

He said when he was elected he was fully aware of what was expected of him in the new job.

His top priorities include strengthening the unity of the IFP, consolidating its base in KwaZulu-Natal and Gauteng, and expanding the party to other provinces.

"The leadership of the party is not going to be a one-man show.

"We will be leading as a collective, a team of leaders who have been there for a long time," he said.

He has already identified Mpumalanga, Limpopo, Free State and Eastern Cape as immediate targets as the May general elections had shown a spark of IFP support in these provinces.

"We will be going from village to village, township to township, introducing ourselves and sharing our values with them.

"We will not be going to the hostels. We will go to cities and say here is the IFP with a new vision and a new plan to save our country from the challenges it is facing," he said.

Hlabisa said the IFP aimed to have a footprint beyond the KwaZulu-Natal and Gauteng legislatures.

Hlabisa has the huge task of changing the public perception of the IFP being a Zulu nationalist party that can only organise in hostels and in rural KwaZulu-Natal.

He said this perception had already started to change.

"People have seen that everytime president emeritus Mangosuthu Buthelezi speaks in parliament he does not represent the interests of Zulus but those of South Africans," he said.

He also rejected views that Buthelezi played a questionable role during the apartheid era, describing them as propaganda.

"It is propaganda. It will remain [with] people who want it to remain in their minds," Hlabisa said.

He said he will remain in the KwaZulu-Natal legislature in order to consolidate the base of the party.