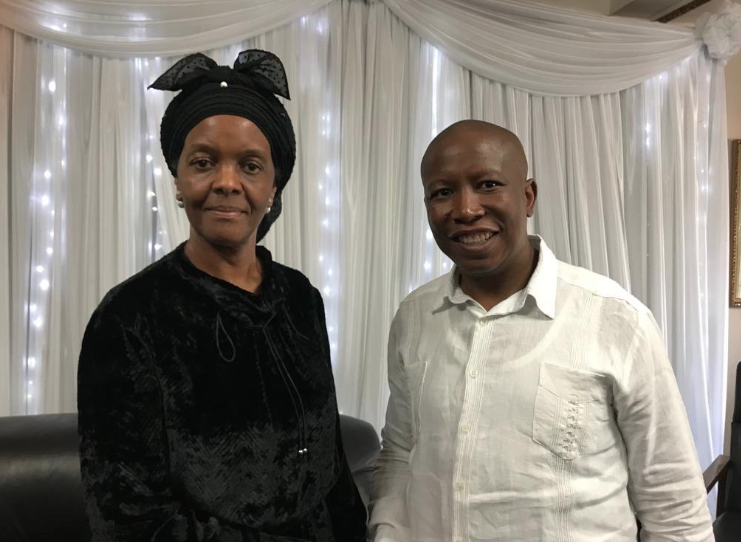 Mugabe died in a Singapore hospital on September 6 and was buried on Saturday.

On his website, Zhuwao thanked Malema for an interview he did in Zimbabwe in which he pushed the government to honour the former president's wishes to be buried in his hometown in Zvimba instead of at Heroes Acre in Harare.

This despite Zanu-PF accusing Malema of demeaning the legacy of Mugabe and taking cheap shots at Zimbabwean president Emmerson Mnangagwa.

The Government of Zimbabwe has finally respected the last Wishes of President Mugabe & the family to bury him in Zvimba. It took the courageous leadership of CiC @Julius_S_Malema to remind them of African tradition of respecting the wishes of the deceased. pic.twitter.com/5pMRskEKbb

“Thank you to the EFF and its Commander in Chief Honourable Julius Malema for consoling us and assisting the family of the late President Mugabe to have his wishes honoured on where he would like his mortal remains to be interred.

“Gratitude also goes to the EFF for celebrating the late President Mugabe’s legacy at the first public memorial service on 12 September 2019 addressed by Honourables Malema, Kasukuwere and Zhuwao.

“Gratitude also goes to the ANC’s Kwa-Zulu Natal Provincial Executive led by Premier Sihle Zikalalala for honouring President Mugabe as a member of the ANC during his days at Fort Hare University.

Former Zimbabwean president Robert Mugabe was laid to rest on September 28 2019. The Mugabe family decided on a private burial after weeks of arguments with the Zimbabwean government who wanted him to be buried at the National Heroes Acre in Harare.

WATCH | Robert Mugabe laid to rest in Kutuma, despite arguments with government

Former Zimbabwean president Robert Mugabe was laid to rest on September 28 2019. Mugabe died in Singapore on September 6 2019 after a long illness.
News
2 years ago
Next Article