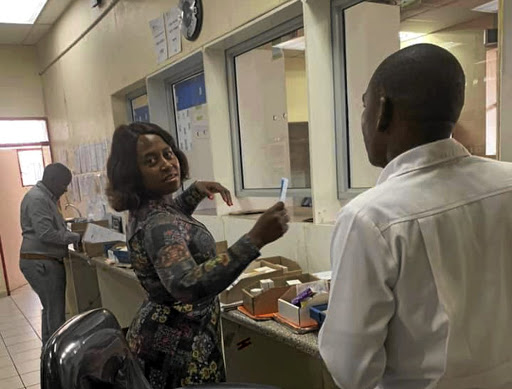 The Mpumalanga Department of Health MEC Sasekani Manzini says she has been saddened by the death of Sabbie hospital Chief Executive Officer Elvis Dibakwane, who was found dead in his car on Saturday morning.

Dibakwane was found dead in his parked car at Themba hospital, in Kabokweni, where he was supposed to have attended a meeting.

According to the department, Dibakwane arrived at the hospital for the meeting on Friday, and was only discovered after spending the entire day and night in the car. He was discovered by a security guard who had decided to approach the car on Saturday.

“As the department of health we are very saddened by the death of the Sabbie hospital CEO Elvis Dibakwane. Dibakwane was attending a meeting at Themba hospital on Friday where he was then found the next day dead in his car by security personnel,” Manzini said.

Manzini said the department will only find out the cause of death after a postmortem is performed.

Mpumalanga police spokesperson Brigadier Leonard Hlathi said there was no case being investigated yet.

“For now ask the health department to respond to queries, since we are not investigating any case now. We are waiting for postmortem results to find out if there’s any foul play”.

Mpumalanga gets its own oncology unit

The ANC in Mpumalanga has suspended its Gert Sibande regional committee member, Bongani Gift Phakathi after he discharged a gun during an ANC meeting ...
News
2 years ago

The ANC provincial executive committee (PEC) of Mpumalanga has again failed to disband its Bohlabelo and Ehlanzeni regions following disagreements on ...
News
3 years ago
Next Article