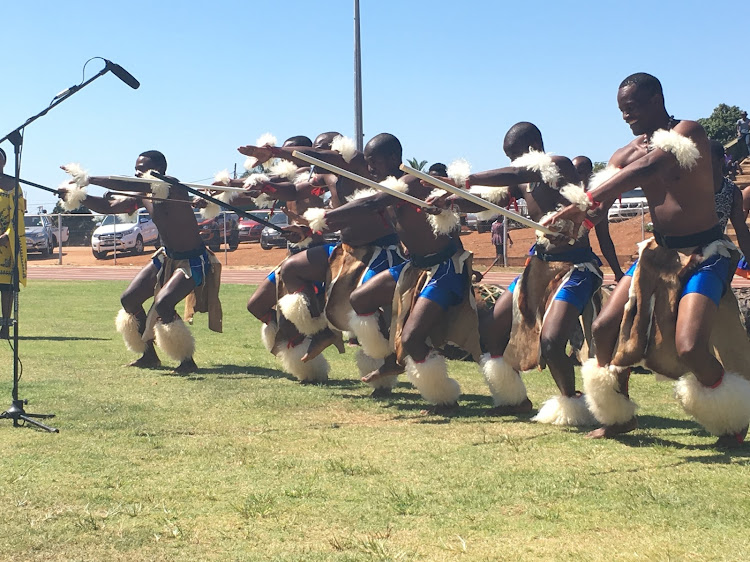 Chairperson of the Mpumalanga house of traditional leaders, Sandile Hhoyi Ngomane, says blacks are only excited by leadership positions rather than by strengthening their cultures.

Ngomane was speaking on Friday during the cultural day hosted by the Nkomazi municipality in Malalane where the cities of Matola in Mozambique, Mbombela in Mpumalanga, and Mbabane in the kingdom of eSwatini were in attendance as part of the Umsebe Accord between the four municipalities.

Ngomane said Afrikaners in South Africa have shown that they value their culture by opening their own university.

“There will be a day where we look back and know that we have left our culture behind and rushed to other people’s cultures and we will become jealous about them. Now you see Afrikaners are showing us that we are not thinking and we are only excited by leadership positions [rather] than strengthening our cultures, and fight like children. Blacks, please leave the Afrikaners and fix and value your cultures.

"Leave Afrikaners to do what they value, they are not only keeping their culture but preserving their language. Blacks, it’s painful because we don’t value our cultures, including languages; they ignore it and laugh at us when we are busy with traditional bills.”

Ngomane said another reason that blacks have lost their cultures is evident in the fact that the Constitutional Court has even intervened on how to raise children.

“We see this country is facing upside down, we see children doing bizarre things. Women and children are being killed, with police having lost trust from the public. Those are signs that we have lost it,” said Ngomane.

Speaking at the event, executive mayor of the Nkomazi municipality Johan Mkhatshwa called for both the kingdom if eSwatini and Mozambique to feel free in Mpumalanga as the province doesn’t practise xenophobia.

“We are saying to our neighbours please feel free here in Mpumalanga, especially Nkomazi, as we value your presence as our brothers and sisters. We also want to feel the same when we visit your countries without being reminded that we are South Africans. To our people, please don’t kill our neighbours but report to the police on those who do crime,” said Mkhatshwa.