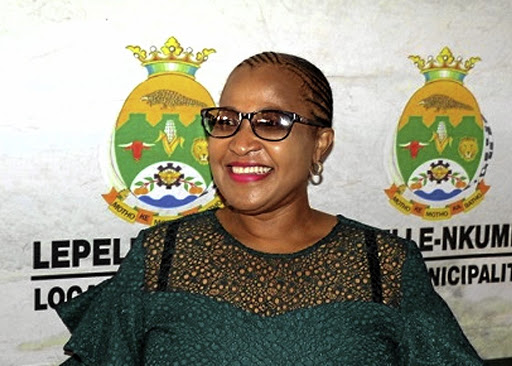 The appointment of mayor Merriam Molala is being contested in the Polokwane High Court.

An ANC member is taking the party to court for failing to appoint him a councillor.

Lehlaga Mphahlele of Lepelle-Nkumpi local municipality in Limpopo is seeking relief for being left off the list of candidates for the mayoral position in the municipality.

Mphahlele, who is also a lecturer at the University of Limpopo, has approached the Polokwane High Court to declare the appointment of current mayor Merriam Molala invalid.

Molala was appointed in August after the axing of Nakedi Sibanda, who was asked to step down after the municipality invested R151m in VBS Mutual Bank.

Mphahlele said Molala was not on the party's list containing candidates elected by branches of the ANC and endorsed by the regional, provincial and national conferences of the ANC to represent them at council.

Mphahlele said he was number eleven on the list of candidates in 2016.

EFF 'would not exist' if Winnie Madikizela-Mandela had been ANC president: Lindiwe Sisulu

"The party list consisted of names of candidates suitable for a seat in the council in case the ANC won as many seats as possible," he said.

"During the 2016 local government elections the ANC in Lepelle-Nkumpi municipality won 10 seats in the council.

"This means that I was left out of the candidates list to represent the ANC in council.

"However, this would mean that I'm at position one on the party list or the one at the top of the candidates waiting for any vacancy in council," said Mphahlele.

In the 2016 local government elections he was one of the candidates nominated and endorsed by his and other branches in the Sefako Mapogo sub-region to represent the ANC in council.

Mphahlele said he had exhausted all the available avenues in the party and had been left with no option but to approach the courts.

"We believe that his application lacks merit, but our legal team is ready to meet him in court."