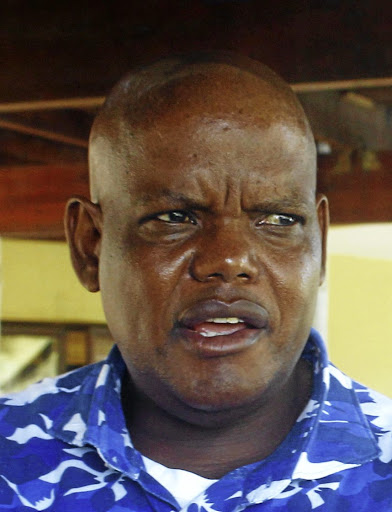 Former top cop Khomotso Phahlane allegedly enjoyed the protection of the Independent Police Investigative Directorate (Ipid) and the National Prosecuting Authority, who shielded him from criminal investigation and prosecution in 2016.

While Ipid is recognised as the police watchdog, it was in its own ranks where complaints of misconduct lodged against Phahlane seemingly disappeared. And when investigations finally began, the NPA refused to prosecute.

The manner in which these institutions were bent to protect senior police managers was the focus of the state capture inquiry yesterday when Ipid's national head of investigations Matthews Sesoko took the stand.

His testimony mostly corroborated that of his former boss Robert McBride, who appeared before the commission in April.

McBride, Sesoko and another colleague, Innocent Khuba (who will testify at the commission today), were suspended and charged with defeating the ends of justice in 2015 but all three were exonerated and returned to work in 2016.

"When I returned to work [in November 2016], I resumed my duties as the national head of investigations. The first thing I was confronted with was that McBride, in my absence because he came back earlier than me, had appointed a team which is in my unit - the National Specialised Investigating Team - to investigate allegations of corruption against Phahlane. A complaint had come from Paul O' Sullivan," Sesoko testified.

When McBride returned to his office in October 2016, he received a request from O'Sullivan, a private investigator, for an update on a case he had reported to Ipid in McBride's absence.

It dealt with allegations of corruption and money laundering levelled against Phahlane, who was said to have received millions in kickbacks from service providers registered with the police.

During his testimony, McBride told the commission that he discovered that two cases had been opened into this matter within Ipid, but as a result of its duplication on the system, both were closed.

He then set up the task team to probe the construction of Phahlane's home at the exclusive Sable Hills Estate, north of Pretoria, which was allegedly funded by a police service provider, as well as vehicles in the possession of Phahlane and his family. In January 2017, Phahlane's house was raided.

Sesoko said Phahlane later ordered a crack group of officers from the North West, known as the "Mabula team", to investigate Ipid officials, O'Sullivan and his attorney Sarah-Jane Trent.

"This was in fact their way of interfering with our investigation. They actually even approached the witnesses that had already deposed statements to our investigation... as a result, we laid criminal charges of defeating the ends of justice against Phahlane and the Mabula team.

"The NPA declined to prosecute these matters, saying they would reconsider their prosecutions with the corruption investigations we were still busy conducting. We were not happy with the decision."

Shaun Abrahams was the National Director of Public Prosecutions at the time.

Public protector Busisiwe Mkhwebane will again be hauled before the courts at a time when she faces a credibility crisis following numerous adverse ...
News
2 years ago

There was an "orchestrated effort" to paint former Hawks boss Anwa Dramat in "a bad light".
News
2 years ago