Traditional leaders must be part of fight against xenophobia, says Zulu king 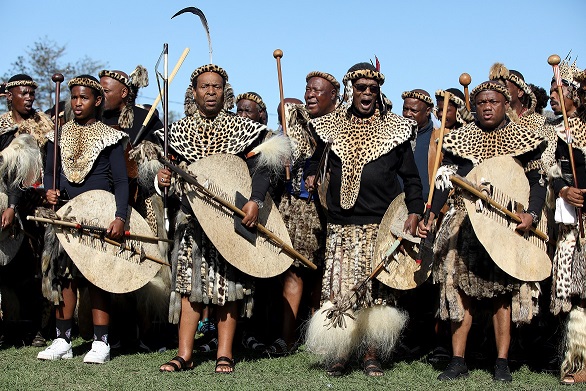 Zulu monarch King Goodwill Zwelithini has called for traditional leaders to be consulted when the government addresses issues of xenophobia.

The king was speaking at the annual Umkhosi Welembe in KwaDukuza, north of Durban, to commemorate the life of King Shaka Zulu on Tuesday.

His comments come after President Cyril Ramaphosa's announcement last week that he had deployed a special envoy to visit African countries to brief leaders on the steps the government is taking to combat xenophobia.

"Going to different states saying you are going to apologise, without going where people originate from, is not going to resolve the problem," said Zwelithini.

"Traditional leadership is the pillar of the African continent and it mustn't be sidelined.

"I'm saying this to leaders in Africa, especially the AU. I'm saying they must open doors for the representation of traditional leadership because not all solutions will come from politicians or academics," said the monarch.

Nigerian nationals living in South Africa have partnered with locals to start dialogues aimed at ending the differences between the two countries.
News
2 years ago

The monarch said that the Zulu nation was not at war with people from other African countries.

"During the reed dance, I invited people from all across Africa.

He also called for unity among leaders to solve issues of violence, specifically gender-based violence.

"If we want to fix things in the country we must unite and work together because if we don't we won't be able to move forward with the problem-solving.

"This isn't the time to place blame, hear me clearly, it is time for us to remind ourselves who we are and if we know what we are talking about," he said.