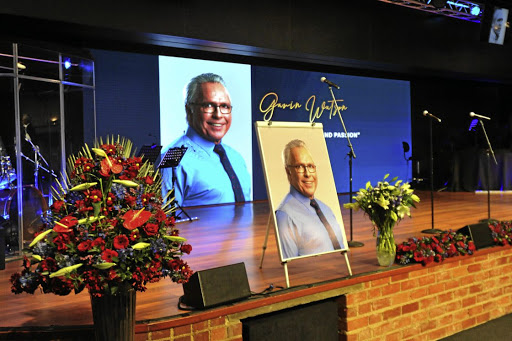 The family of the late Bosasa boss Gavin Watson have accused his former right-hand man Angelo Agrizzi of being behind his death.

Watson's nephew Jared Watson yesterday told Sowetan that Agrizzi would have been the only person to benefit from his uncle's death.

"If there was foul play, as we suspect, we would have to ask who would stand to gain from Gavin's death, and who had threatened Gavin's life before. "The only answer we have to both these questions is Agrizzi," said Jared.

"Obviously, Agrizzi stood to gain from Gavin's death as Gavin was to provide information confirming that Agrizzi had been stealing from Bosasa and disproving all the lies he had told the state capture commission. The consequences would be dire for Agrizzi," Jared said.

Agrizzi said he would not "comment on infatuations and allegations" made against him.

Watson died when a Bosasa-owned Toyota Corolla he was travelling in crashed into a concrete pillar close to the OR Tambo International Airport last month.

His death came two days before he was scheduled to give evidence at the SA Revenue Service (Sars) tax inquiry.

The Sars inquiry wanted to look into Watson's tax affairs after Agrizzi made startling claims during his testimony at the Zondo commission into state capture.

The late Bosasa boss Gavin Watson died two days before he was due to give details accusing the company's former chief operations officer Angelo ...
News
2 years ago

Jared said the evidence Watson was due to give would have implicated Agrizzi in
several misgivings, including allegations of perjury for lying under oath at the commission.

Jared, the forensic chartered
accountant, told Sowetan he authored and submitted a document that was to be presented to the inquiry.

He said the timeline of events, documentations and evidence would have shown that Agrizzi lied under oath.

"Gavin was to appear before the inquiry to submit this information as well as more documentation showing that Agrizzi had lied to the Zondo commission.

"Agrizzi was then to appear the following day to defend himself, however, Gavin was then never able to make it to the inquiry quite mysteriously," said Jared.

He detailed how he was instructed, allegedly by Watson, to pay government officials and ministers to score tenders.

Jared has revealed that documents which Watson was going to present to the tax inquiry would show that Agrizzi was given powers by the board to authorise payments.

The evidence would show that Agrizzi and Watson had fallen out after allegations that Agrizzi made a payment of R5m without authorisation two days before his Bosasa exit. The apparent fallout resulted in the board reversing Agrizzi's powers to sign off payments without Watson's approval.

Police spokesperson Lt-Col Katlego Mogale said the police were not in a position to comment on their ongoing investigation on the case. She could also not comment on whether they were looking into the allegations of foul play.

Jared said if police were working with the family, their private investigator would have been able to provide information on the movement of Watson's phone which was allegedly stolen from the crash scene.

"The reality is that even the movement of the phone is suspicious. It was traced to
Germiston, during the day, where Agrizzi's brother lives and where Agrizzi and his brother have a business.

"And then later at 8pm it was traced to Bryanston Drive after which it could no longer be traced, which is on the way to Agrizzi's home in Fourways."

Amongst others, Jared Watson stated that “if there was foul play (relating to Gavin Watson’s death), as we suspect, we would have to ask who would stand to gain from Gavin’s death, and who had threatened Gavin’s life before. The only answer we have to both these questions is Agrizzi”.

The Sowetan hereby retracts publication of Jared Watson’s speculation around Mr Agrizzi’s possible involvement in Gavin Watson’s death, and apologise for any hurt that may have ensued.