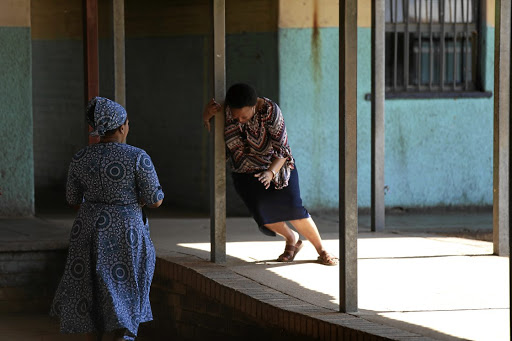 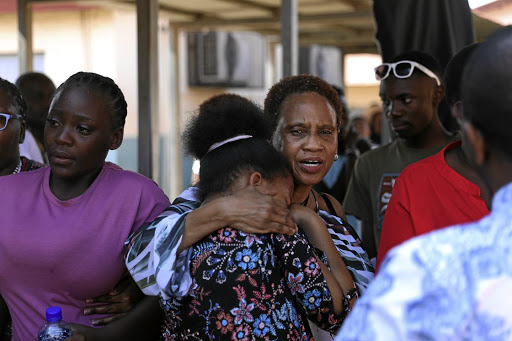 A grade 12 pupil who drowned during a matric dance excursion at the weekend had apparently sneaked out at a lodge with friends for a dip.

Tlhalefang Mahumapelo, 18, a pupil at Lethabong Secondary School in Soshanguve, north of Pretoria, drowned in a swimming pool at Ananda Lodge in Rustenburg, North West, where they were booked for their matric dance event.

Pupils at his school yesterday screamed and cried uncontrollably as they gathered a day after his death.

An urgent meeting had been convened at the school to address parents on what had happened.

Mahumapelo's parents were too distraught to speak to Sowetan.

His father, Sello, who was accompanied by his wife, occasionally dropped his head and wiped his face with his palm.

"Two hours after they checked in at the lodge, four boys sneaked out and went swimming. It is alleged that when they got to the swimming pool, Mahumapelo dived inside the 1.6m pool but struggled to swim," Moeletsi said yesterday.

A grade 12 pupil from Lethabong high school in Soshanguve, Tshwane drowned in a swimming pool at the Ananda Lodge in Rustenburg on Saturday.
News
2 years ago

"It was then that another pupil tried to save him. They managed to take him out and performed CPR on him. He vomited before taking his last breath. We are still waiting for the autopsy results."

Moeletsi said the dance continued as planned on Saturday as they did not want to cause panic among the pupils and withheld information on Mahumapelo's condition.

"They only got the news about their classmate's death on Sunday morning because we had to wait for our psycho social unit for counselling," Moeletsi said.

She said only a few pupils who knew that he was no longer with the group thought he was in hospital.

Mahumapelo's schoolmates were overcome by emotions yesterday as they reflected on the tragic incident that took his life.

The incident happened before their matric dance event started.

A 17-year-old eyewitness said she saw Mahumapelo with his hands up as he struggled to stay above water in the pool.

"We could see that he was struggling to swim. Some boys tried to rescue him and we did not know that he died. It is very sad because he was one of the most humble persons at school," she said.

But some parents voiced unhappiness that pupils were taken to Ananda Lodge while letters they received said they were going to Sun City.

Moeletsi said Sun City was part of the itinerary.

"The pupils were going to have their matric dance at Ananda Lodge and on Sunday they were supposed to go and swim at Sun City lodge."

Gauteng education MEC Panyaza Lesufi said: "We would like to convey our deepest condolences to the family and the entire school population during this time of grief."

Lesufi will visit the school and Mahumapelo's family today.

Meanwhile, another child drowned at the Benoni central swimming pool in Ekurhuleni on Friday afternoon.

Netcare 911 spokesperson Shawn Herbst said: "Lifeguard found a young male believed to be 12 years old submerged in the swimming pool. Lifeguards jumped in and pulled the boy out and found that he was not responding.

"They then called Netcare 911 who took over resuscitation efforts, however, the child's condition rapidly deteriorated and he was declared dead on the scene," said Herbst.