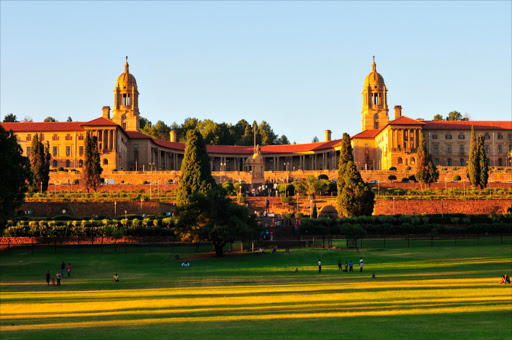 President of the African Transformation Movement (ATM) Vuyo Zungula has called for the Union Buildings in Pretoria to be renamed, saying the name is reminiscent of black people's oppression by the British and Afrikaners.

Zungula said the name “brought together the British and Afrikaner in order to put their differences aside and oppress the black majority”.

The name Union Buildings must fall. It is a name that brought together the British and Afrikaners in order to put their differences aside and oppress the black majority. We can’t embrace such a name. pic.twitter.com/rcwBLGfpek

How this would transform the lives of black people was the question asked by those who engaged on the topic on social media.

“Is that what we call transformation which will transform black people, if so please elaborate so we understand your reasoning and how it helps the black nation,” asked one Twitter user.

“As long as you don't understand symbolism, you will not understand this tweet. Invest in comprehending conceptual issues, you will thank us later,” he tweeted.

TimesLIVE reported that University of Cape Town (UCT) chairperson and businessman Sipho Pityana made a similar suggestion in 2016. He was lamenting the decision to rename only part of the buildings after former president Nelson Mandela, saying instead that the whole complex should renamed after the country's first democratic president.

“Yet the name of the Union Buildings itself remains as it is in memory of the four provinces in 1910 that excluded blacks.” He added that this undermined Mandela and his legacy.

“It is upon you as the new generation of intellectuals to share these lessons with society‚ point out the irony and insist that the Union Buildings should be named Nelson Mandela House.''