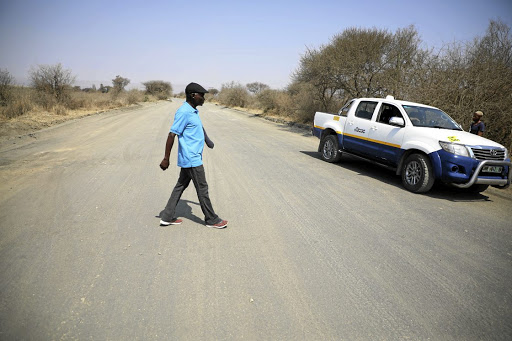 A North West municipality has been accused of flattening eight graves to make way for a road to one of Lonmin's mines.

A 66-year-old man is now fuming after the graves at his family's grave site were allegedly flattened by Bojanala Platinum district municipality.

Joseph Mpete, from Tornado, a township on the outskirts of Brits, told Sowetan that he only discovered in 2017 that the graves were removed to make way for the expansion of Middlekraal Road that leads to one of the platinum mines.

This comes as a double whammy for the family after they had been forcefully removed from the area by the apartheid government in the 1970s. Mpete said that not knowing what happened to the remains of his forefathers gave him sleepless nights.

"I visit the grave site regularly because this portion of land belongs to my family. I was shocked when I found out that the graves were no longer here," said Mpete.

Two teenagers have been arrested for the murder of a 15-year-old Soweto girl who was found strangled and dumped next to a railway track.
News
2 years ago

"The apartheid government was here to oppress us and that's why they removed us. It was a painful experience, but how can a democratic government add on to the pain we felt so many years ago by removing our heritage?" 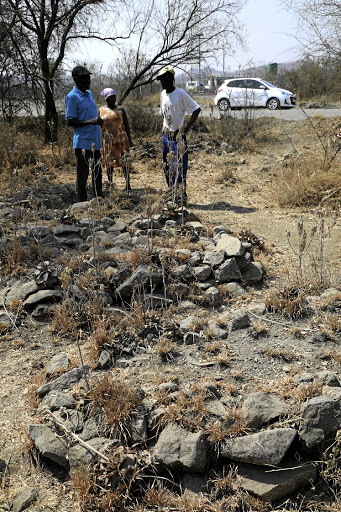 Mpete took the Sowetan team to where the grave site used to be situated.

"This road used to be about 2-3 metres wide. Not a lot of cars passed here. But I returned and found that the road was wider and the graves were gone. I was hurt and angry. This is an attack on my family. They have no respect for the dead. I don't know if the remains were also taken. It hurts," he said.

He said he was given the runaround around when he enquired as to who was responsible for removing what was once his family's grave site.

Mpete initially thought the graves were removed by Lonmin as the road leads to one of its mines in the area.

However, Sibanye Stillwater (which recently bought Lonmin) spokesperson Henrika Ninham said: "We [previously Lonmin] have had numerous discussions with the community on this matter, but the responsibility resides with the provincial roads department to resolve."

North West department of roads and transport spokesperson Freddie Sepeng said the road did not fall within the department's jurisdiction and was under the local municipality.

Bojanala Platinum district municipality spokesperson Archie Babeile acknowledged receiving an enquiry from Sowetan and said he would respond to it by yesterday.

He, however, had not responded by the time of going to print and efforts to reach him were unsuccessful.