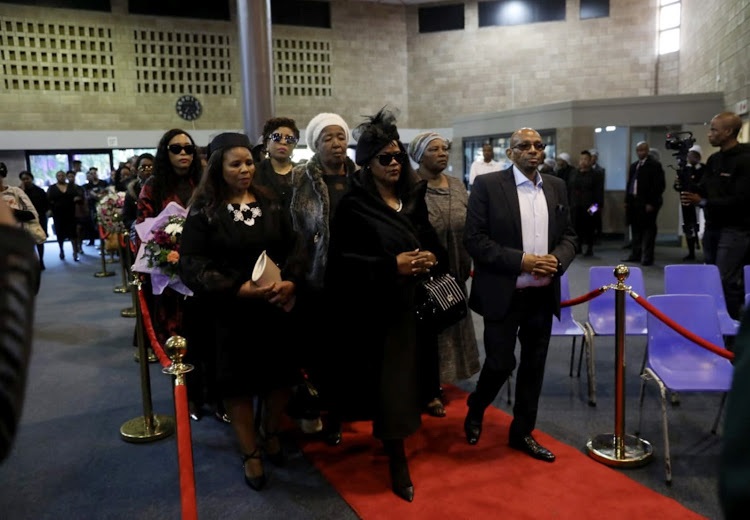 The family and friends of Uyinene Mrwetyana at her funeral in East London.
Image: Alan Eason

Uyinene Mrwetyana’s family say they are grateful the 19-year-old’s death became a turning point in the fight against gender-based violence.

The family’s message in a statement to SowetanLIVE's sister publication TimesLIVE came shortly after the Post Office fired the 42-year-old man arrested in connection with her rape and murder. The man was a clerk at Clareinch post office in Claremont, Cape Town, where the University of Cape Town student was killed with a parcel scale.

The Post Office also served two senior officials – a general manager of security and investigation and the acting executive of human capital management – with letters of suspension this week.

Two weeks ago, the Sunday Times revealed that the Post Office took no action against Mrwetyana’s alleged killer and 300 others flagged by the State Security Agency for crimes ranging from theft to sexual harassment, domestic violence and assault.

Asked if they intended to sue the Post Office, Mrwetyana’s family said they had yet to decide. “In time, we will consider our moral responsibility in ensuring that justice prevails. Therefore, the shape of things to come is yet to be determined,” they said.

'Government should be sued'
News
2 years ago

“We will forever be grateful that Uyinene’s life and her passing became the turning point and that her spirit will live on to see a South Africa that is free of gender-based violence.”

The family said they needed more time to mourn. “Following the untimely and gruesome passing of our daughter, we have had to put on a brave face during her disappearance, and search for her with a deep sense of hope that we will be reunited with our lovely daughter alive,” the statement said.

“Given the immense publicity on her disappearance and discovering what happened, as a family we have not had an opportunity to sit quietly and process what has transpired; which admittedly has changed our lives forever.

“We are still in a deep state of shock, traumatised and mourning her loss. We want to take this opportunity to thank you the media, civil society, formations against gender-based violence, UCT, Rhodes University, national and provincial government and all South Africans here at home and beyond our borders who reached out.”

Meanwhile, the Western Cape police ombudsman is investigating the police services repeated refusal to open a case after a three-year-old Khayelitsha girl was raped.

'This is not the SA we fought for'

Machel relives how her daughter was GBV victim.
News
2 years ago

Since the Sunday Times report about the case last week, social workers have visited the child and she has started counselling.

It took police four days to open a case and arrest the alleged suspect, a neighbour. The wheels of justice started to turn only after the woman’s elder daughter vented her family’s frustration on Facebook and activists got involved.

“There has been a number interventions from different departments,” the little girl’s mother said on Friday.

“Officials from the office of the police ombudsman have visited me, social workers have taken myself and the child for counselling. Today the prosecutor explained the progress of the case to us. He said they are still waiting for the DNA results.”

Deidré Foster, spokesperson for the police ombudsman, said: “Our officials went to her home. We are currently busy with our investigation.”

The man arrested for the rape and murder of 19-year-old UCT student Uyinene Mrwetyana has been summarily dismissed from the Post Office.
News
2 years ago

Uyinene Mrwetyana’s face has been spray-painted on another iconic building in Port Elizabeth – this time at the city hall.
News
2 years ago
Next Article