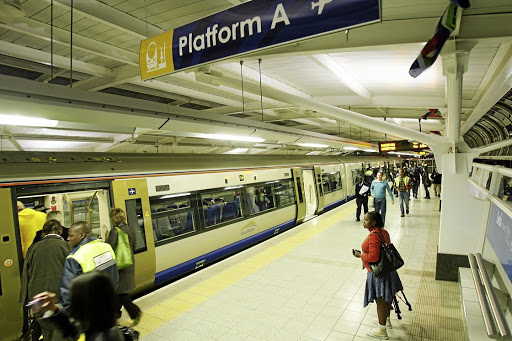 The City of Johannesburg will today defend its decision to cut off water supply to the busy Sandton Gautrain station two weeks ago.

The city cut off water supply to the station after Cedar Park Properties 39, the station's landlord, failed to settle a R8m debt for water, refuse, sewage and property rates.

It will oppose Cedar Park's urgent application for immediate reconnection of the water.

The city argues that the station's landlord ignored two pre-termination notices dating as far back as August last year and, therefore, there is nothing urgent about its application.

In its responding papers, the City rejected Cedar Park's claim that it had not settled the debt as it was not clear how much it was liable for.

The City said that the confusion was cleared in August last year in an e-mail correspondence between the City's official and the company's employee.

"Notwithstanding its awareness of its indebtedness to the City and the receipt of the pre-termination notice of August 3 2018, the applicant persisted in not paying its arrears to the city and in not making any arrangements with the city for payment," the city argues.

It also rejected Cedar Park's argument that the continued disconnection of water supply risked commuters' lives in case of fire breakout, saying water supply to the fire extinguishers was not affected.

"The incident of fire pleaded as a potential source of irreparable harm is completely neutralised by the fact that the fire hydrants are specifically designed to be functional notwithstanding the suspension of the water supply."

The city also said that it cannot continue providing free services to a private company that has not paid a cent in over six years while expecting residents to pay every month.

"The city has a right to recover revenue from the users of services it provides, otherwise it would not be able to meet its service delivery obligations . The applicant [Cedar Park] is not willing to pay for the services even though it acknowledges that part of the payment is due."

In its court application, Cedar Park argued it was incorrectly billed by the city. The bill increased by "a mammoth 1,500% in August 2018" escalating from about R25,000 per month to R360,000 a month. The city said its rates are charged as per a property's value.

The land on which the Sandton Gautrain station sits was irregularly acquired, City of Johannesburg mayor Herman Mashaba has claimed. Mashaba, who ...
News
2 years ago
Next Article