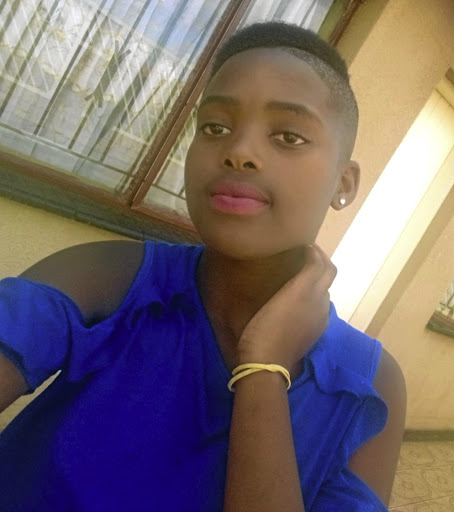 Ithabeleng Qekisi was found strangled on Sunday and her body dumped next to a railway track. / SUPPLIED

Two teenagers have been arrested for the murder of a 15-year-old Soweto girl who was found strangled and dumped next to a railway track. Ithabeleng Qekisi was last seen leaving her home in Naledi, Soweto, on Saturday afternoon.

She was found strangled with her ear-set cords and dumped next to Naledi train station the following day.

Yesterday, her family welcomed the arrest of the suspects aged 18 and 19.

Her grieving aunt Lorraine Ramosheane yesterday said the family was devastated by the discovery of Qekisi's body on Sunday. "It was a traumatic sight. It seemed like she was killed at another location before her body was dumped there," Ramosheane said.

"She had a wound around her neck where the cord was used to strangle her. It was about five centimetres deep. There was also a note that simply read: 'Sorry. My grandmother loves me', which we found to be odd," she said.

"They are expected to appear in the Protea magistrate's court on Thursday [today]," Phemula said.

An interim committee in the office of President Cyril Ramaphosa will have six months to implement an emergency five-point plan to deal with the ...
News
1 year ago

Ramosheane said her niece was last seen heading to the library on Saturday afternoon, where she spent most of her Saturdays studying.

"We grew worried when she was not back from the library by 8pm. We started a search party with the community and went looking for her at her schoolmates' houses because we thought she could have been with one of them. Our anxieties became worse when we didn't find her on Saturday," she said.

The family registered a missing person's report with the police.

"We started searching for her again on Sunday. But a guy who was driving us around while searching for Thabi suggested we go to the bridge by Naledi train station because a body of a teenager had been found there and they believed it could be Thabi," she said.

Ramosheane said they found a large crowd gathered where the body was discovered. "We were heartbroken, shocked and traumatised because we were hoping that she was still alive," she said.

Ramosheane said the grade 10 pupil was dedicated to her studies and aspired to be a criminal lawyer or a physician.

"She loved school. She was sweet and got along with everyone. Thabi would clean and do her laundry on Saturdays, then go to the Protea North library where she spent most of her time reading and studying," she said.

The 48-year-old said the family was grateful to a 15-year-old girl who alerted the police to the two teenagers who allegedly killed her niece.

"She was brave for pointing them out. We are grateful to her because we will be able to get closure. We are also grateful to the community and the police for assisting us when we were searching for Thabi," she said.

The man arrested for the rape and murder of 19-year-old UCT student Uyinene Mrwetyana has been summarily dismissed from the Post Office.
News
1 year ago

The South African Post Office (Sapo) has delivered letters of suspension to two senior officials following the rape and murder of University of ...
News
1 year ago
Next Article